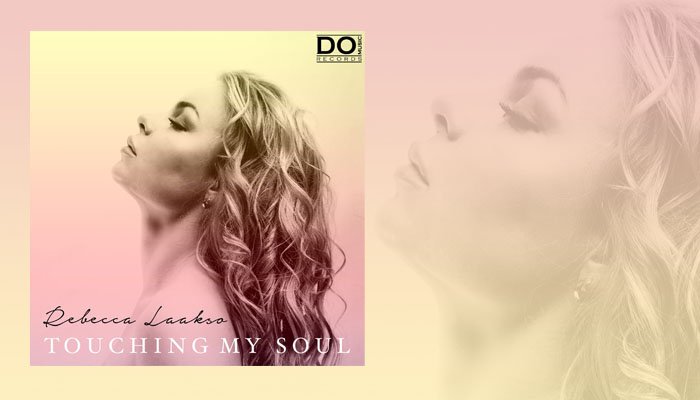 It is often the way of things that people who have a run on success at a young age often don’t make it back to the spotlight as an adult. Maybe they become too closely associated with that image of the child prodigy, maybe they quickly realise that it isn’t for them and do something else. The fact that since winning the Lilla Melodifestivalen for Sweden back in 2003, Rebecca Laakso has taken a long break from the public view, 15 years in fact, before returning to the musical affray and delivering her first full-length album says a lot. It means she returns without any pre-conceptions and baggage, it means that she has had time to think about the career that she wants to pursue and what sort of album she wants to make.

She returns as a whole new artist and Touching My Soul is the perfect way to re-establish herself in the public consciousness.

Like so many artists aiming for a young, hip and commercially minded audience, genre is not an issue. Those days of generic demarcations and tribal allegiances are long behind us and the modern artist is free to jump those stylistic and sonic fences, mix and match as they see fit and make music for a post-genre world. The art of it of course is to add all the various elements in such a way that there is a cohesiveness to the overall sound. Go too far out and the results can be jarring and seem forced, stay too far in the comfort zones and you bring little new to the table. Rebecca Laakso gets it just right mixing soul, R&B and pop to create the core sound and then infusing it with everything from jazz to gospel, funk to reggae, dance and even the occasional rock guitar but ending up with not only an album which hangs together perfectly but a sound that she can call her own.

Fantastic wanders along on pop-reggae lines, Hello Baby is a grooving R&B hustle whilst the title track itself is a wonderfully staccato, soulful pop piece but one which plays its own game, prefers integrity and originality over the quick chart ride pay off. And it is the title track that sums up the album best in many ways.

If you are looking for the obvious, big dance floor hit, you might not find what you are looking for on this album, that isn’t Rebecca Laakso’s style. This is more about late night vibes and early hours chill outs than clubland anthems, it is about exploring where soul-pop goes next rather than just ramping up what has already been done. That is a brave thing to do and I think the result will be that Touching My Soul becomes a cult classic rather than a commercial smash, one that people discover, re-appraise and fall in love with over the coming years. But given that she has taken this long to get back in the game, I reckon she will be okay with that.

Listen on Spotify: TOUCHING MY SOUL