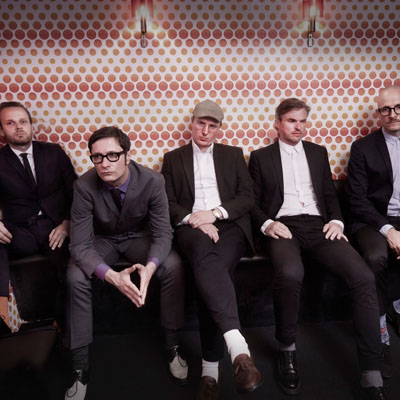 In the UK, one of the early fans of the band was none other than Craig Charles who has played the band’s previous singles from the EP called Do The Right Thing weekly on his BBC 6 Music and BBC Radio 2 shows. By his own admission, D/troit is Charles’ “favourite new band”, and that is certainly a stamp of approval from a man, who knows what’s what and what’s hot in soul, funk and r’n’b. Charles also broadcast a special 3-song BBC session and interview for “The Craig Charles Funk and Soul Show” in November 2016.

In 2016 D/troit won “Best New Band” at Scandinavian soul Music Awards in Stockholm for Do The Right Thing. The Song “Soul Thing” was licensed to a worldwide Heineken TV commercial and songs from the EP appears in numerous films and TV shows.

Another fine stamp in D/troits soul passport comes from Gabe Roth, the co-founder of Daptone Records, which is both a studio and a label. Roth is the main man behind the mixing console at Daptone and is also a fine musician and songwriter for a lot of their artists. His credits include work for The Heavy, Sharon Jones and The Dapkings, Charles Bradley, The Budos Band, Lily Allen etc. – and he famously recorded and performed on a lot of the recordings that made up Amy Winehouse’s break-through album Back to Black. After having heard D/troit’s EP, he agreed to mix the first single, title track “Soul Sound System”, and ended up being chief mix consigliere for the entire album.