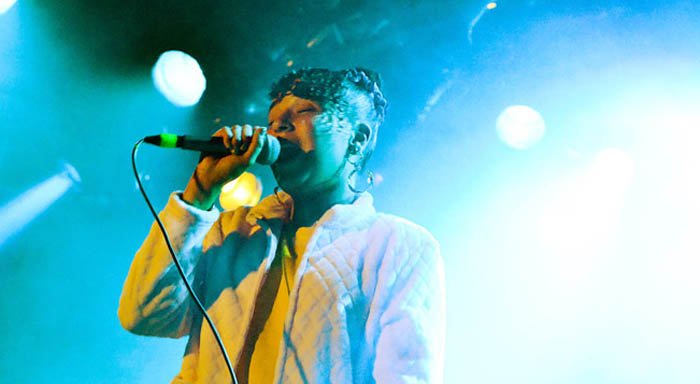 Cosima Lamberth - another future star in the Scandinavian Soul universe?

“No photos. No video. I don’t look so great this time in the morning.” Fatima (Fatima Bramme–Sey) says in a delightful British accent, undeniably inherited from her current location in East London.

I’m sitting next to the 28-year-old singer while she enjoys her hotel breakfast in Zinkensdamn, Sweden, and it’s a shame, as I couldn’t disagree more with her request. Despite the hazy grey light creeping in from the window, Fatima looks as attractive and stunning as her album cover, with her dark curly hair ringlets hanging perfectly from the corner of her almost flawless skin, adorned with cute freckles.

It’s the morning after her performance at Debaser in Stockholm for the launch of her debut album, ‘Yellow Memories’. 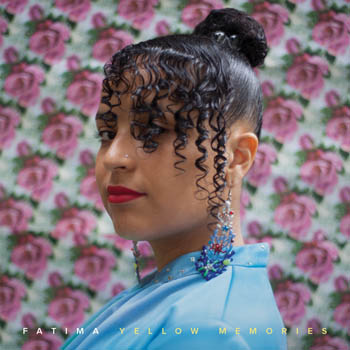 Having worked with some of the cream of music producers, she’s released a string of superb tracks such as ‘Follow you’, ‘Phone line’ and ‘Circle’. Each track combines creative rhythmic beats with Fatima’s soulful vocals and imaginative lyrical interpretations.

We first heard the term ‘Soul-hop’ with the Finnish band Dolla Lova, but for me, their music was simply superb soul. However, if ‘Soul-hop’ is the combination between Soul and Hip Hop, then Fatima is the Queen.

While on stage she holds the mic, moves and pumps her hands like a hip-hopper while delivering wave after wave of sumptuous soul.

For Fatima, last night was a homecoming, who after an eight year absence, was returning to perform for the first time with her own band which made the event extra special. Fatima is one of four sisters (who all have a passion for music) and includes Seinabo Sey, who was also seen in the audience. Her track ‘Family’ shows how much her family means to her.

“Yeah! It felt like I was turning 100 years old or something and everyone came to see me!” she said laughing.

“I moved in 2006 and I’ve been away for so long. I’ve done a little PA after party with a DJ, but I’ve never done a proper show and I’ve never had an album out. So EVERYBODY came. It was cool! It was so nice to see everybody.”

With sister Seinabo drawing huge international attention and Amie Bramme-Sey being a DJ on Radio Metropol, music has clearly been a big influence on her families life.

“My mom always played a lot of various sounds in the house She loved sound from West Africa, soul music from all over the globe; that was always a soundtrack to my life. Then I stared at videos all the time when MTV used to be good, R&B, hip-hop and euro dance stuff. As a kid growing up in the 90s, I was a big fan of The Fugees, Busta Rhymes, Jay Z, Missy, Whitney Houston, Destiny’s Child, Timbaland, Nas, Eminem, musicals and I used to sing a lot of old Swedish folk/traditional music in the school choir.

Has moving from Sweden to London influenced you? Is it more inspiring there than here?

“I think so. I’d find inspiration from something anyway. Even if you don’t feel like getting inspired from the city, like living in one place forever, there is always going to be something in life and in the world that will inspire you. But for London, it’s a much bigger city and has got a lot of different styles, like within the music… it’s always stuff happening in a different way. Stockholm is a smaller town, I mean, a lot of music is still made here, but it’s totally different.

I feel moving to London has definitely effected me as it’s opened my ears to a lot of music that I wouldn’t have heard if I hadn’t moved there. A lot of DJs with a certain style… it’s changed over the years though. I got to hear a lot of dope sounds when it was all happening in the beginning. To be there, and experience it directly in your face, it’s a totally different thing. The atmosphere of London has sort of got this cold and grey feeling. London is gloomy. Stockholm can get dark, and I hate that. I don’t know anyone who likes life without sun, but then again, Sweden is still a beautiful place.”

LA also means a lot to Fatima, it’s where she worked with ‘Scoop De Ville’ and ‘Knxwledge’. “I love LA. I feel at home in LA, it’s sunny and laid-back and they have a lot of good food!” 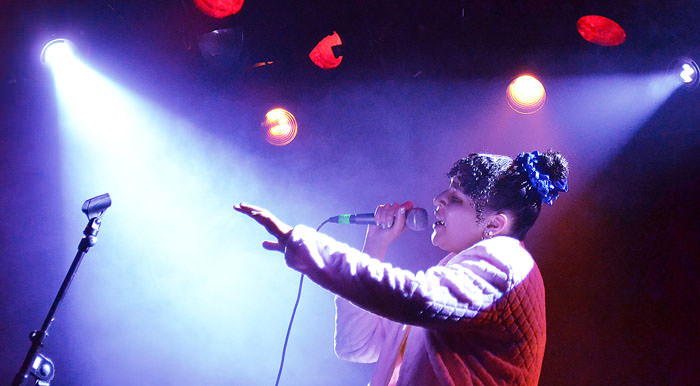 In 2010, Fatima’s first release for Eglo, the Mindtravelin’ EP, featured productions from the likes of Dâm-Funk and FunkinEven (on the classic Soul Glo). Fatima and FunkinEven worked together again on the 2012’s Phone Line EP which crossed over onto daytime radio. Supported from the start by DJs such as Benji B and Gilles Peterson, Fatima’s debut album Yellow Memories, aims to bring her music to an even wider audience. Last night Fatima was dressed in yellow and the colour has deep meaning to her.

“My grandmas house is yellow and the house itself is like a symbol of my past in Stockholm, a symbol for family and love. Each song has a story from the past and they are all memories in my brain.

Yellow, like a photo that fades, or reminiscent of the sunlight which I love.” 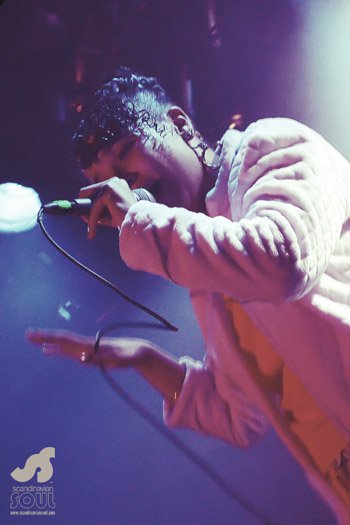 Yellow Memories fuses modern and classic soul with R&B, blending sweet melodies with production work from the likes of Floating Points, Theo Parrish, Oh No, Scoop DeVille and Computer Jay. Considering all these different influences, everything Fatima releases has a harmonious consistency.

“I just do me and I guess that will shine through. No one has really told me what to do, vocally. Sometimes a producer has got an idea of a certain harmony, but mostly I do all that stuff myself. And then when it comes to fit all the songs together, we did have a few more songs when selecting tracks for the album. I was listening through it with Alexander from Eglo and he was helping out with the order. Because it’s actually a bit like a puzzle when you’re working on putting it all together. It’s got a lot of contrast within it so you want it to run smoothly. It should feel like an album. I guess my voice is just the glue that made it all stick together!”

During her stage show Fatima sung a track titled ‘Black Dough’ which isn’t on her album, and I asked her about the meaning.

“Basically the whole song is based on a symbol. I’d been in the studio and was on my way home; it was dark and I shouldn’t have walked alone. Too many times you’re stupid, like walking close to the park. Then suddenly I see this guy walking on the other side of the street, and two guys are walking behind him. It all happened so fast, they walked up to him so fast. I think they were trying to rob him basically.

So this guy started screaming out of total fear. I’ve never heard a man scream like that. If you don’t listen to the lyrics, the song is actually dance-full. But really the song is based on ‘black dough’, like black money – illegal or something bad. It’s about the guy getting robbed and not letting the force of negativity take over, because you are desperate if you do something like that. If you jump on an innocent man, something is wrong with you mentally. So I’m saying instead of going down that route you should focus on the positivity and light and all that.”

Your work with the label Eglo, and now the Eglo band feels like a really good marriage…

“Yeah, if it wouldn’t have been for Alexander Nut and the label owners, maybe, eventually, I would have gotten a band together,” she says smiling. “To be honest, I wasn’t proactive in the beginning, he’s good, and he knows and sees my vision. He pulls my stuff together. I need some help sometimes. 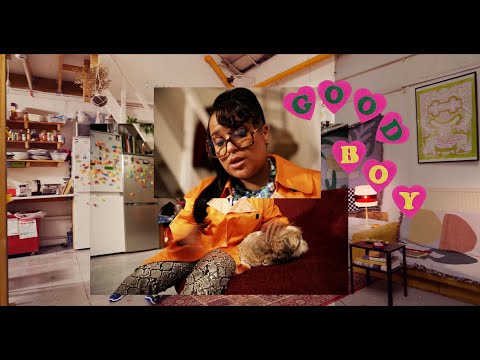 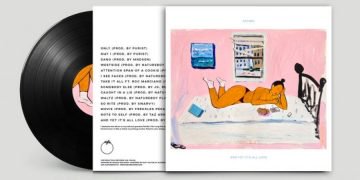