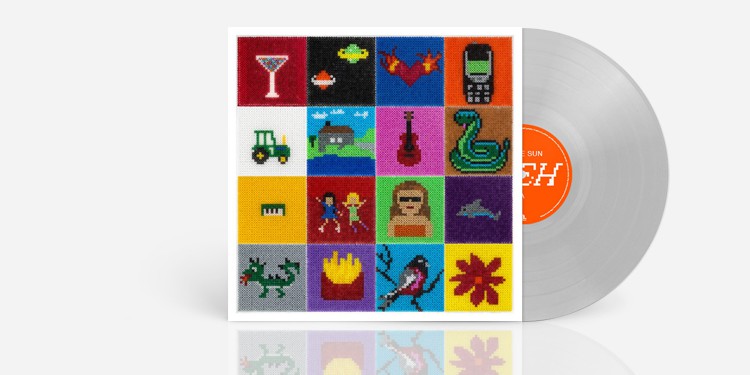 In the Sun in the Rain – the sophomore album to Norwegian band Fieh’s killer debut Cold Water Burning Skin strides in the same distinctive realm of alternative and new wave soul and funk.

I’m reviewing this while admiring the vinyl version I purchased. The clear coloured LP, the first of this style in my collection, looks absolutely stunning. Limited to 100 copies, just owning one thrills me. Unlike vinyl buying hipsters, my copy is for playing, so this bad boy gets spinning directly after tearing the plastic off!

The band that defines Norwegian/Scandinavian soul music serves a funk constellation with effortless charm. Their lyrics’ are always relatability based on real-life experiences, occurrences, people, and love. The excellent track Fast Food, a metaphor for the lower standards we’ve become used to, is woven with modern culture references from Spotify to Masterchef Australia. It’s smart songwriting like this that has made Fieh so endearing. And Sofie Tollefsbøl distinctive vocals. And the arrangements!

Fieh offers rich musicality and dynamics with horns, sublime bass chords and keys. An instrumental version of this album would fully expose the craftmanship; however, you’ll experience it regardless. The drum licks on Howcome, a song about loving another’s love, precedes waves of harmonies to create an impactful presence.

The funk-a-licious monster, Grendehus Funkadelic, remains a personal favourite. When the needle hits the groove here, it never let’s go even as it heads into outer-worldly realms with room-filling sonics. Slower tracks like Hero and Anger Management (Jesus) give the album the spaciousness it needs to pause and admire their eloquent use of sonics. Hero is nothing less than flawless.

My only disappointment is the vinyl version only includes the Halden Edition version of Telephone Girl. The officially released version uplifts with a sublime groove and an effervescent tone that only Sofie Tollefsbøl can deliver. Here the track is slowed down, becoming melancholy in ambience and more lonesome than the confident voice of a resolute woman.

Fiehs’ debut album set the benchmark for Norwegian/Scandinavian soul music. While for me, In the Sun in the Rain doesn’t exceed that level of greatness, it maintains Fieh’s position as one of the best Scandinavian bands of their generation.

In the Sun in the Rain - FIEH

In the Sun in the Rain confirms what I knew - no other band in the world sounds like Fieh and maintains Fieh's position as one of the best Scandinavian bands of their generation.