Melo lives up to his name on new track - Långsamt

If Titiyo is the Queen of Swedish soul, then we can confidently call Stephen Simmonds the King.

He also proved Sweden could produce real soul music with key tracks such as “Tears Never Dry” and “Mother Mary” representing a definition of soul music in Sweden at its height. Stephen has collaborated with artists such as Raphael Saadiq and Mica Paris, and drew high praise from the legendary producer Quincy Jones.

With several albums behind him, the 5-time Grammy-nominated singer brings some soul for the festive season with a series of shows called ‘Winter Soul‘, which runs each week for four weeks in the run-up to Christmas.

I’ve met the Swedish singer before; however, this time we talk over the phone and his voice is quite deep, yet silky-smooth as I ask him about the idea behind his upcoming shows.

Well, it’s an idea that I’ve had to make a Christmas Show with soul influences. We did a show about 10 years ago with Titiyo, Eric Gadd and Blacknuss as it was lacking in the Swedish scene and I had the idea to wake that concept up again. It’s a show with a mix of my songs and some Swedish covers with a soul arrangement. Essentially, it’s my personal vibe of Christmas.

So we should expect a few Christmas Classics? 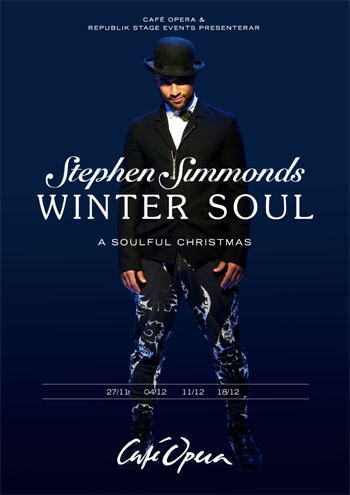 Whenever I do a show like this, it’s a balance of recognisable that I have some connection to, like Donny Hathaway, the Jackson 5 but the theme is soulful Christmas songs.

I went to Adolf Fredrik School in Stockholm, so I’ve grown up with Swedish Traditional Christmas songs that I’ve always wanted to do my own interpretation of, not in the original style, but more soulful versions, still singing in Swedish on some of them.

It’s been a tough time for soul music artists who have been largely ignored by radio and record labels. Are you aware of our goal of promoting and supporting soul music from Scandinavia?

It is. There are a lot of different people who appreciated the music in the late 90’s when I started. A lot of people who relate to that era of Swedish soul perhaps feel that something missing today. Having said that, today there are great artists like Seniabo Sey who did backing vocals for me and now she’s blossomed out to become a great artist, Mapei and Melo.

I think the genre is alive and kicking, but maybe it could have a little more exposure media-wise, but Sweden is a small country. The US and UK are so big and have so many more people who can listen to it, however, it’s still appreciated and people love the music, but it’s still a small genre.

It’s clear to us that people do indeed still love soul music. Do you see your shows, as another symbol of the soul revival?

A lot of people get the word (soul) and genre wrong, because you are a black artist or because you have a certain colour; it’s R&B. There are a lot of great white soul artists, but music is music and I think it’s a shame.

I only focus on the music and as long as you keep that compass you can’t go wrong.

Will we be hearing more from Stephen Simmonds in 2015? A new album perhaps?

My last album was in 2010 and that feels like yesterday, time goes by so fast. I always take my time, for better or for worse. I’m still hungry and enthusiastic about music and trying to create something original and lasting, but it’s hard to say when. I’ve always gone against time and I don’t want to promise anyone anything, it’s always been my way I take my time polishing it.

No!! Hahaha! But a lot of artists I look up to take their time to, like Lauryn Hill.

You mentioned Swedish singers like Mapei and Seinabo who are pushing beyond soul.

What I like about Mapei and Seinabo is that they go their own way. It’s not R&B; they stuck their chins out in terms of production and songwriting. Hard Times, doesn’t get more bluesy and rootsy. It has the old slave song vibe, original and lyrical. It’s what is lacking in modern pop/R&B music. It lacks that originality, but we really need to encourage young songwriters to follow suit if they want to share something which is genuine and real.

Will we be seeing you on TV shows like ‘Så Mycket Bättre?’ *A Swedish program where music artists co-habit and interpret each other’s songs.

I haven’t had the question yet… it’s great to be on TV, but once again everything starts with the music. I have to remind myself of that also, because everything regarding TV, such as exposure and media attention can go up and down, but I can’t lose track of what I’m saying and why I’m saying it, not to be on TV. I think today it’s the other way around, I’ll get on TV, I’ll get exposure and then music, the substance is put in second place, but like Prince says, ‘sign of the times.’

Yes, and it’s a fast-paced world as we’ve seen with digital music, but do you still buy Vinyls?

I still have Vinyl’s but I find my tunes on Soundcloud and buy them on iTunes. I haven’t been to a record store in a long time. I’m modern in that sense. It’s a mix!!! Hahaha!

I’d love to play in the UK and the States again and I still get fan mail (from across the world) and I will, but the first order is getting new music ready.

So your shows start this week and then where will you be spending Christmas? In Sweden?

I really enjoy Swedish Christmas, it’s part of my heritage. I’ll be staying with friends and family enjoying the holidays.

Hahaha!! Some snow man! So I can get the vibe! 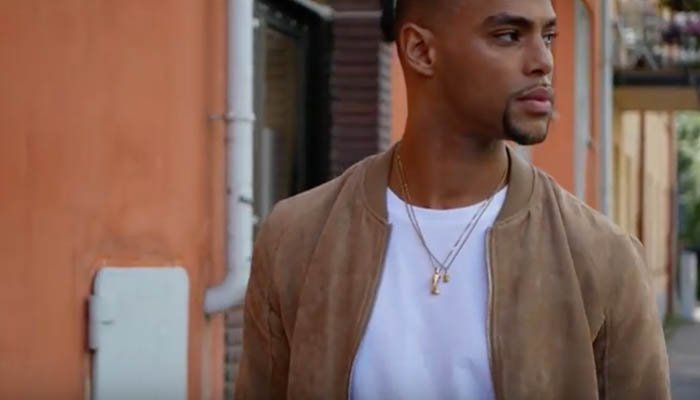 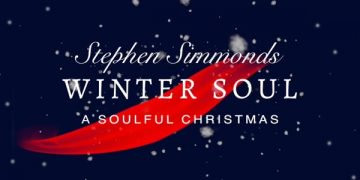