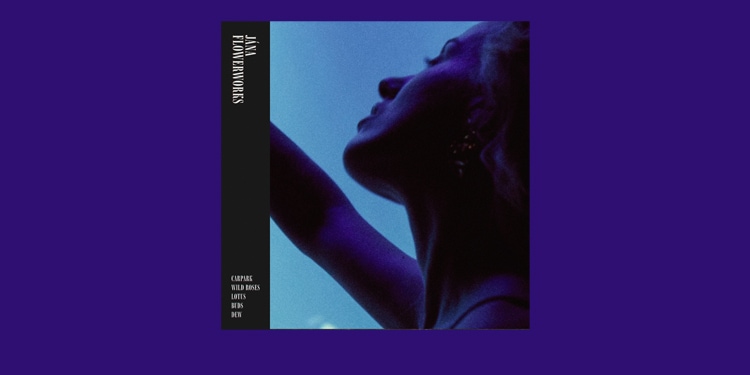 The debut EP by JÁNA caught me by surprise. But who doesn’t like surprises? Especially R&B/Soulful ones!

Just a couple of months ago, the Swedish songstress (who hails from my adopted hometown Uppsala, Sweden) announced herself to the music scene. JÁNA’s (aka Johanna Andrén) debut duo of gems, Wild Roses and Lotus swept me up into the sweet scent of a new notable artist. So the swift follow-up of her five-track EP Flowerworks means her garden of new flower-themed releases has to be explored.

JÁNA’s alluring essence lies in exploration and a unique touch comparable to Becky & the Birds and Snoh Aalegra. Just two tracks into her career and its clear JANA has the ingredients to form majestic music delicately infused by alternative R&B.

Wild Roses softens the tone of R&B, and I’ll even forgive the abrupt ending during the electrifying synths outro. My reaction to the dramatic end shows how JÁNA engages directly and retains attention.

Fans of Hiatus Kaiyote may hear hints of Nakamarra in the opening of Buds. In truth, the songs core inspiration comes from the co-writing abilities of Little Dragon‘s Yukimi Nagano and co-production the bands drummer Erik Bodin. In the soul from Scandinavia history, Little Dragon ranks amongst the greats. JÁNA has worked under their support and guidance, and her garden bears flavours of their fruits, and to her credit, never feels like Little Dragon 2.0.

The official video to Buds (released in unison with the EP) encompasses JÁNA’s artistry and embrace of non-sexual conformities.

Lyrically weaving emotional thoughts through non-obvious or directly stated constructions, JÁNA never feels like she is attempting to define or de-refine R&B, more than to express herself. And being yourself is such a beautiful thing.

I wasn’t expecting flowers, but these are beautiful.

My only criticism is the production could have lifted the bass; most noticeable on the excellent Lotus; the percussions are precise and slightly too bright. The details throughout are gorgeous, so repeated listens are highly, no strongly, recommended.

JÁNA never feels like she is attempting to define or refine R&B, more than musical soundscape to express herself. And being yourself is such a beautiful thing. One of 2020's best new artists.