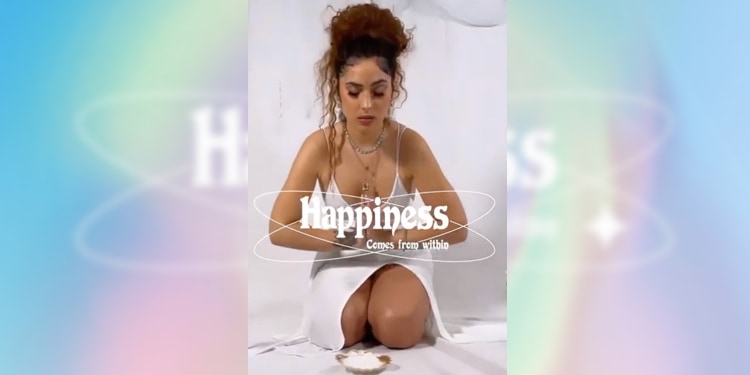 Happiness (Comes from Within)- the latest track from Lei Lowe, delivers another serving of the Danish songstresses’ endearing sound.

The song’s theme relates to the peaceful sense of mindfulness, and as a result, the production is minimalist, allowing her vocals space. It creates a genuine and effective intimacy and gives the song a dynamic dimension that is as unexpected as welcome. Not only do her vocals bring emotion to the track, but they also show her outstanding technique and vocal control. Lei Lowe (formally known as Lola) changes between an airy head voice and a distinctive chest voice with ease and fluency, allowing the singer to show her broad vocal range that she masters excellently.

“I wanted it to sound like a track you could actually meditate to. This is why it’s a longer track than the usual single. It’s my little rebel move against the fast-paced single driven music culture we’re in right now. Basically, the goal was to create a sound that if Erykah Badu, Jhené Aiko and Pocahontas had a baby, that’s what her vibe would sound like and it would make you stop for just a moment to be fully present and appreciate the beauty in the here and now.” – Lei Lowe

With a scent reminiscent of ’90’s/’00s R&B and pop singles, the arrangement lends itself well to her heartfelt vocals comparable to Natalie Imbruglia, Vanessa Carlton and Tori Kelly.

Jazzy looped guitar chords accompany the R&B/Soulstress distinctive, soft vocal tone. As warming as a view of the sunrise, Lei Lowe coats this single in buttery vocals as she discovers the love within her. Even though the song has a laid-back sound, it leaves the listener curious about the track and what more there is to it.

It makes us want to hear it again and again, and just like a well-composed piece of art, there always seems to be new details to be found if you take the time to listen.