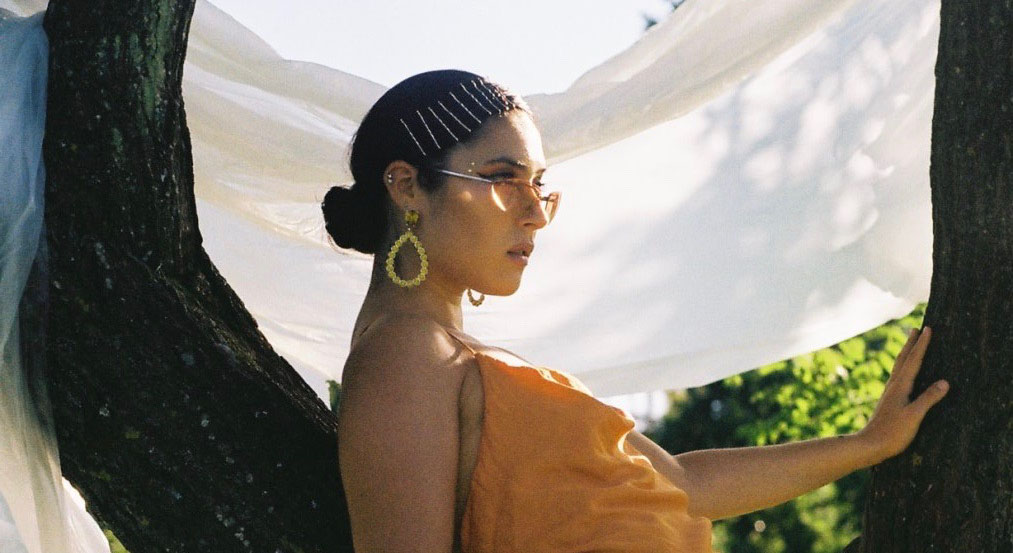 Danish songstress Mikala Bosetti has filled us with intrigue ever since her first single dropped. The dark-haired singer, often in dark glasses too, oozes cool and sizzles with attitude as she delivers her blend of soul and hip-hop. When she debuted in 2017, her impact was immediate, drawing plaudits at home and admiration from international fans. Fast forward to 2019 and Mikala is the face of a new band LOLA and their first two releases have announced a fresh and highly seductive new R&B fusion.

But who is the lady behind the name?
Naturally, we were keen to find out.

Hi Mikala. Thanks so much for taking the time to talk to us. Let’s start at the beginning. Can you summarise your childhood?

I definitely think the best way to describe my childhood is happy, free and full of Love! I grew up with both of my parents and my younger brother. My parents are still together, and we’ve always been such a close-knit family. My dad’s a musician, and my mother is a painting restorer, so I always grew up around music and art. We also had the opportunity to travel a lot, and everywhere we went my mom made sure to take us to all the beautiful churches and museums and taught me to appreciate art and culture wherever I went. In my opinion, I had the best childhood ever. I still consider my dad to be my best friend.

So your dad was an early role model?

Absolutely! He plays the guitar, he sings, writes, produces and is by far the most talented person I’ve ever met! He also taught me everything about music.

When did you feel singing was something you’d like to pursue?

I think this question is so hard to answer without sounding cheesy, but I asked my parents once because I genuinely couldn’t remember when I started singing. They told me that it’s something that I just always did. From the second I was able to, I guess. It’s like I never decided, it was just always there. It’s kinda part of who I am and how I work.

You’re part Italian (and Danish) from your Mothers side. What part of your character would you say comes from your mother?

I guess my temper, my pride and my determination. She’s a proud feminist and always taught me how to carry myself with integrity and self-respect. Not by what she told me, but how she acted and interacted. My mum is a very strong and hardworking woman. Everything she does – she does a 100%. She’s also super creative and has such an incredible eye for detail, aesthetics and art in general. I definitely think my visual sense comes from her. In fact, I am very visual while I create music but also when I want to make it come alive for an audience, whether if it’s in a music video, for a live show or in a photo shoot. I think music and visual art go hand in hand.

Your Mother and Grandma both feature on LOLA’s debut EP too? Were they always supportive of your musical dreams?

My mum is for sure our biggest fan haha! She’s amazing and one of my biggest supporters. My grandma isn’t as aware, I think haha. But they have both been the two women I’ve always been the closest to, and I think their voices carry a lot of wisdom. That’s why I chose to add our conversations to the Interludes.

In terms of music, did you have a goal?

I think for a long time I might have confused my goals with what other people wanted for me, but now all I want is to continue evolving and pushing myself to be the best version of me as possible. And of course, inspire whoever listens and connects to our music. The ultimate goal is to never stop.

You skilfully mix hip hop with soul and R&B. Who was / who are your childhood musical idol/inspiration?

Too many to count lol. I’ve really had so many phases and listened to so much music in my life as a kid, and as a teenager. Hence why mixing genres is pretty natural for me. But I think some of the biggest from when I was a kid were The Beatles, Stevie Wonder, Micheal Jackson and Whitney Houston.

You’re part of a trio – LOLA with Olle Hägberg and August Campeotto. How has working with these two affected your writing and creation process?

I think meeting Olle has had the biggest and best effect on my writing and creation process. First of all, because I found someone I really connected with, who inspired me and I could inspire back. He challenged me and pushed me to better my weaknesses, and normally I’d never let anyone get that close, but the fact that we connected so much on a musical level I think just worked perfectly. We basically spoke the same language. And the fact that he is a killer musician is key to me. I think it’s the ingredient that makes our music stand out. Olle, August and I have such a close bond as colleagues but also as friends, and we have such a similar taste in music which I also think is key. We have the same ambitions, and we continuously push each other to be better.

What comes first, the melody or the lyrics?

It really varies. Sometimes I’ll have an idea of what I wanna write about, and I’ll try to get as close to that feeling by writing down words and senses that match the feeling I’m trying to describe. But I think the melody is def easiest for me. But sometimes it’ll be both at the same time.

I can hear London vibes in your lyrics and style, and you recently visited there. Did the city and urban scene affect you musically? If so, how?

Yeah, for sure! The first time Olle and I started working was me inviting him to London as my uncle lived there at the time and he was on vacation and said that I could stay there if I wanted to. So that trip actually kicked off our whole journey as LOLA.

Since then we’ve also done a showcase there, and I think some of our biggest inspirations come from that city. I, for one, am in complete Love with NAO fx. I just think everything about London is inspiring. It’s the New York of Europe to me. The fashion, the diversity in people, cultures, food, music scene. The songwriting legacy is also out of this world. It’s for sure, a huge inspiration. 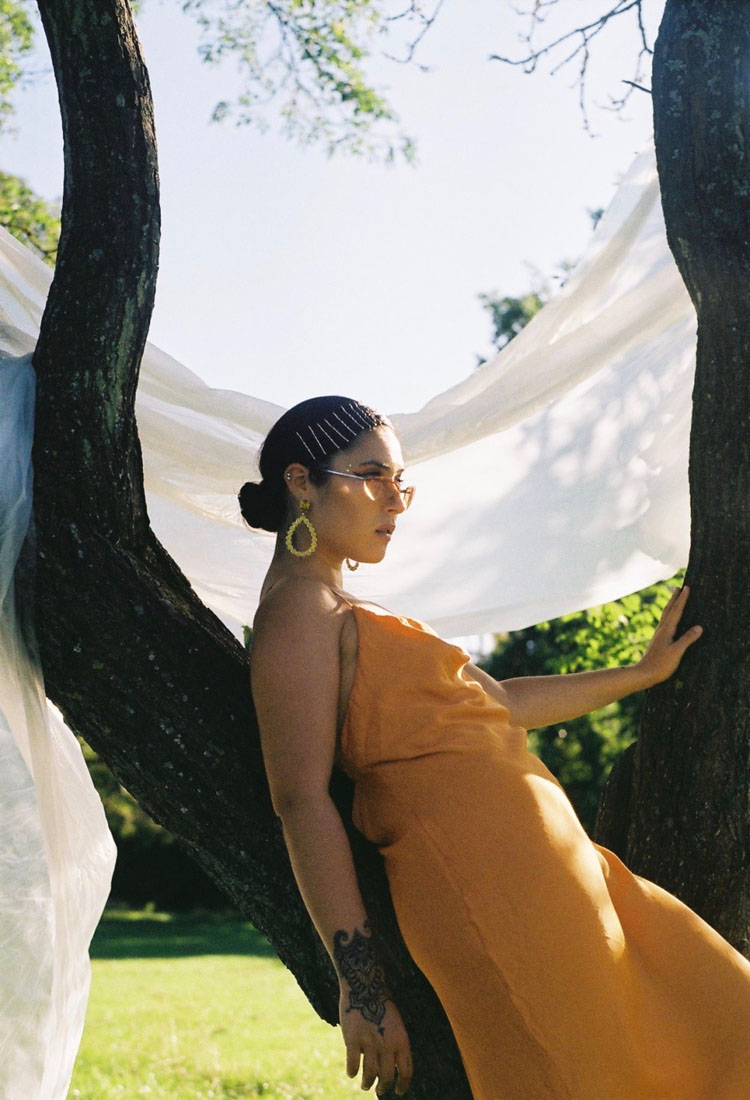 The live session videos are an excellent reflection of you – stylish and elegant. Naturally, music is your Love, so is fashion also your passion?

I guess it would be wrong to say no, but it also feels like a weird thing to say yes to. Fashion for me never meant expensive clothes or labels etc. I grew up with not a lot of money, so I always just played around with what I had. Took my mums’ old dresses and shirts and cut them and made new outfits for me haha. It’s just a different way of being creative to me and express myself. I also like how you can kinda create a character one day by your outfit as it can change your whole mood. I love to play my feminity up and down too. For me, the experience of being a woman is very multifaceted. Baggy pants, a pair of sneakers and a crop top are probably my go-to, but then I also really enjoy being really, really feminine in the more classic sense.

After the EP launch, what’s next for Lola / Is there any chance of a tour?

We’re def working on a tour for 2020!! That’s our biggest goal, atm. But creating and releasing new music is equally as important. We are already working on the next couple of releases.

And finally (I hear you say!)


Both! Streaming for putting together the perfect playlist that matches your mood!
And vinyl cause buying art is better for the artist 😉

Netflix for the chill and Cinema for the popcorn lol!

Salt!! And hot sauce and pepper. Cause I’m obsessed and weird! 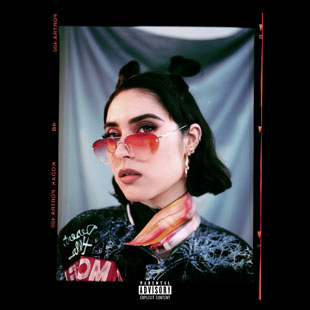