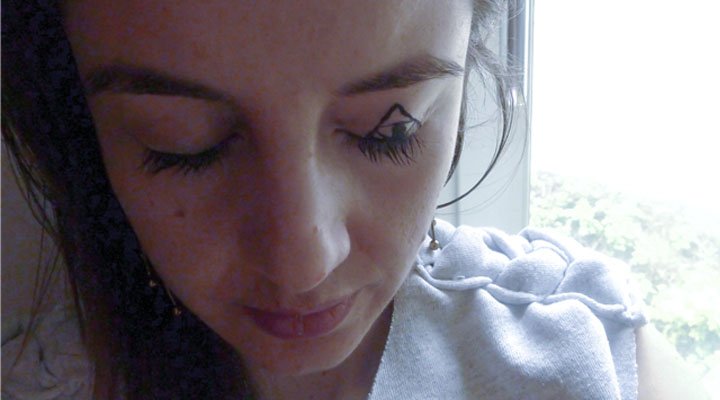 Melody Carlsson – I’m not trying to force it

I’m always listening out for something different, off track, and bordering the lines of genres. It draws me consistently to the evolving experimental sound of soul, pop, and Nordic noir. Last year, 2016, while on my regular dive through the thousands of songs on Soundcloud I discovered a track titled – Över Nu. Very raw it still stood out for tender, sweet vocals, a simple yet catchy electronic arrangement, and an artist named straight from a 70’s film.

The more I listened through the uploads, the more curious I became about Melody Carlsson.

There was little information on social media about the Swedish singer. However, her vocals had already attached themselves to me, and with the recent release of several new tracks, I decided to reach out.

I discovered a fresh singer who’s taking her first steps into the music world and an artist taking a different, admirable approach to perception as she searches for herself.

•   Hi ya, Melody! Thank you for taking the time to speak to me. Firstly, how long have you been interested in singing?

Not that long really! Before I started this ‘Melody Carlsson Project’ in 2015, I had only been singing as a kid in the church choir. I began to sing because I was starting to write and produce this type of popish music in my bedroom and felt they weren’t complete without some lyrics and song melody. So I tried it out. I’m still learning as I go along. It’s fun! 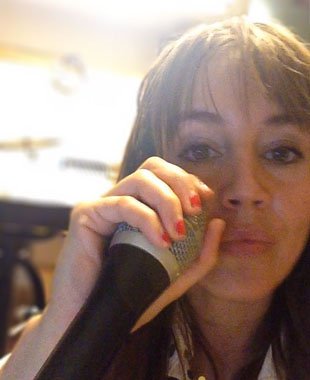 •   Who are your musical influences?

I draw inspiration from a lot of musical sources. To name three influences at the moment, I would say Thundercat, James Fauntleroy, and Emily King. I do listen a lot to old school stuff like; Sly and the Family Stone, Stevie Wonder, and Prince – you know, the classics. Those types of artist creativeness are just contagious! You can’t avoid having some inner feelings or ideas after listening to their songs. It’s magic!

•    Does anyone in your family play music?

No one in my family plays instruments, but I got my interest in music from my parents. My dad was a huge Tina Turner fan in the late ’80s (I was born in 1985), and we used to watch a VHS-cassette of Tina’s live show every Saturday morning! I guess that’s where everything started! My parents noticed my interest in music and enrolled me in music education at a parish house in Tvååker. Situated in the countryside of the Swedish west coast where I grew up, I went there after school several days a week. I got sandwiches and lemonade and practised the piano, violin, flute, organ, singing….

•    We like your name – Melody Carlsson. Is that your real name?

•    How would you describe your music and sound?

I would say that it is a kind of homemade, lo-fi/indie sounding pop that is a little funky and soul/R&B in an old school way. And I mean old school like – not trendy. Often there are jazzy chord structures combined with pop melodies. I don’t think I’m that great as a producer, like my drum sounds or whatever are not that awesome, but still, there is something about that that I really like too. If it sounded too ‘perfect’ I might get bored or just feel ‘eeew.’ I want my songs to be just like the people I like – they don’t try too hard to please me.

•    How do your music collaborations work? Do you compose, produce and write?

Mainly, I have written and produced all Melody Carlsson stuff out there. Gothenburg producer Kim Ruiz, co-produced and mixed En Miljon. He also produced and co-wrote a song called – Allting Tar Slut, which we put up on Soundcloud last year. On En Miljon my friends Carl Bäckersten (from the Gothenburg rock band Lofot), Martin Wihelm and Alex Rodallec helped out with playing bass, drums, and background singing respectively.

The Summer Playlist 2017 on Soundcloud contains three songs I have been working on this summer. I wanted to put something out as it was over a year since my last release. I also had a gig this weekend in Majorna, Gothenburg so I wanted people to have a chance to listen to some new stuff before seeing the show. However, my idea is that Saknar Dig and En Miljon (which are songs on the playlist), plus two new and several unreleased songs will be released together as an EP called Saknar Dig later this autumn… So the playlist is a little teaser from the forthcoming EP!

•    All your songs are sung in Swedish, and I adore En Miljon. For non-Swedish speakers can you tell us about this track and the lyrics?

Thank you! So glad you like it! En Miljon is basically about trying to do what your heart tells you to do even if that is not what you ‘should’ do, especially in today’s world. And if you do it there will be consequences, and maybe you will be a bit ‘hysterical’ from time to time, but at least you are not in denial…hahaha!

It’s a little bit about myself, but I also got the inspiration for the lyrics from a friends life.

He doesn’t live life according to a rational ‘five-year-plan’. He is going where his heart (or soul, or mind or whatever you want to call it) is telling him to go.

From my perspective, this is the type of life which is easiest to live if you come from a ‘privileged’ background. Those people born into a typical, Swedish, nuclear middle-class family with some money in the bank, and a dad with a strong social network who can always help them find a job if they mess things up while ‘going where your heart tells you to.’

My friend doesn’t come from that type of background but lives by his heart anyway, and I think he deserves a million Swedish kronor for that!

‘It’s just so, so sweet and easy for me to relate to. The lyrics are about being an idiot…’

•    Bara Ikväll is another delightful track? It’s a cover of a single by Håkan. Why did you choose this cut?

Yes, this is my favourite song by Swedish artist Håkan Hellström. It’s originally called ‘Magasinsgatan‘. It’s just so, so sweet and easy for me to relate to. The lyrics are about being an idiot on one of Gothenburg’s pub/music club streets Magasinsgatan. I have seen a few shows with him and his band, and I was at his last concert in Ullevi, Gothenburg this summer, but they never play this tune live, which was a shame! I think Håkan is a soul-man in his own way. He does this ‘James Brown shuffle dance’ when on stage that looks so cool!

•    How are you finding the music business? Social media, marketing, working with Record labels? And when will we see more of you, Videos, Live, etc.?

Oh, the music business! I don’t know; I haven’t tried to reach out to labels and such because I don’t know of any label where I would ‘fit in’ you know. That is also because at the moment I can’t really find myself to make this clear ‘artist concept’ that I think you need to be ‘interesting’ to a broader audience and labels. I don’t know. 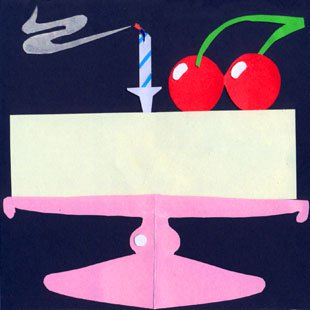 I do want more people to get a chance to listen to my music, and I understand that better, or in my case, ANY marketing would make that happen, but I need to find some way to do videos, social media content, or whatever that just doesn’t feel forced.

I guess I’m just a person putting up another mp3 on the Internet.

I love the artwork my friend Andreas Roxvall made for the playlist I put up on Soundcloud (see right). Hopefully, he (or somebody else) can take some time from their busy life to draw more paintings for me or make videos, photos and stuff like that in exchange for beer and hamburgers! Even putting together a recording session with a couple of people, as I did for En Miljon, means that in some way I need to be like an organizer, event planner or project manager for a bunch of people! That makes me feel, like ‘Can we just go to the beach instead?’

•  And finally, if you could only save one song from Spotify because of a virus which song would you choose?

I LOVE this question! It’s a hard one! But I think if I could only choose one I would save ‘Didn’t I Blow Your Mind This Time‘ with The Delfonics. It takes me on a journey every time I listen to it.