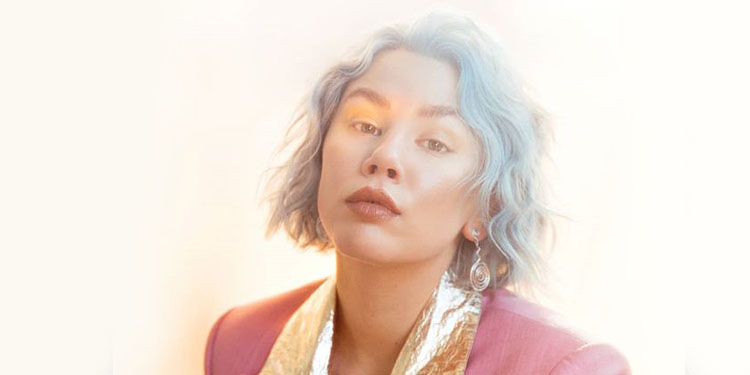 With a vibe to uplift any mood, the electronic synths and sparkling drums are tuned to the groove, smoothly coated by Neons lush vocals. It’s a modern blend of the old and the new and provides instant satisfaction for party people and bedroom dancers.

The disco/pop creation marks a new direction for Neon (Natalie Sandtorv) who is previously known for her pop/psych-rock fusions. Helping discover her new dancefloor touch are Erlend Mokkelbost, and Ivan Blomqvist who wrote and produced the single after being inspired by chic LA coolness, and their love for California.

Behind Neon Ion is Natalie Sandtorv. Natalie’s roots are in Jazz which she studied in Oslo and Bergen and played in several bands before settling on recording and touring under her name. The Norwegian’s jazz influences were integrated during constant touring with elements of free noise, psych-rock and pop leading to the expressive sounds of her debut album Freedom Nation.

As touring continued in 2019, Sandtorv began to write within an increasingly pop framework, and she chose to continue down this path under a new name – Neon Ion.

“Oh, we got lost in the thick of the night / got my neon dress on / and my neon heart / got not cover, got no shield / my neon dreams got the very best of me.”

“‘Neon Dreams’ is the very essence of Neon Ion,” explains Sandtorv. “It’s a lush, modern disco tune, with a melancholic sting to it.” The Norwegian says that she wanted to create a track which conjures up scenes from a movie, inspired of course by Los Angeles and both the music and film industry.

“I just fell stupidly in love with the city. I love neon lights because at first glance they represent something flashy and extravagant, but then it really isn’t the case. The same sometimes happens when you fall for somebody. You hype up the situation, and then where you hang out become scenes from this movie that is your relationship. In my head, the relationship looks like a movie, often like the film La La Land.

So this sometimes happens to me, I fall in love with the story of how we met, and forget about reality.”