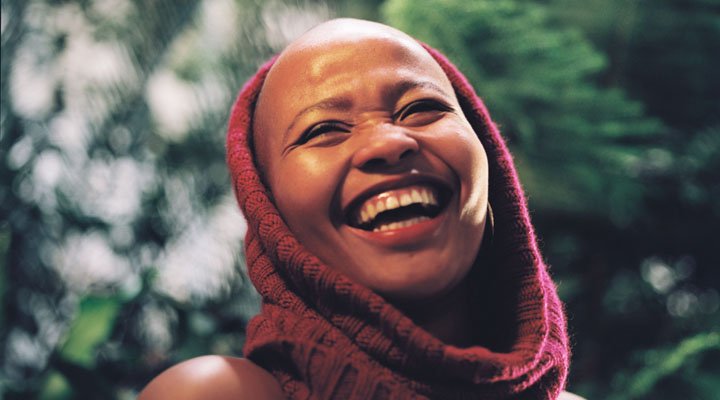 CREAM - An entertaining hello and a sad goodbye

‘Sho! That was many questions!‘ wrote Nosizwe in her reply to me.

I’m sure there was humour in her words though.

Having requested an interview with the Norwegian/South African singer, I have to admit to being incredibly intrigued and interested to know more abut the shaven headed singer. It might have lead to some over penmanship…

This year, Nosizwe announced her arrival by dropping the albums dreamy beat driven Intro, and her new track – The Best Drug (out today) is simply sublime. With her debut album ‘In Fragments‘ landing later this year, I’ve a feeling you’ll be just as keen as I was to discover more about the woman behind the soulful voice.

Hi Nosizwe! Thanks so much for taking time to speak to us!

I recently heard you in an interview and listening to the lyrics on the track – Intro, I have to say, you seem wonderfully happy and humorous, and I’ve heard your concerts are great fun too! Is that how you’d describe yourself?

Hahahaha! No! Yes! Happiness is transient. I have always been good at searching out the light in people and in situations. But I am sure my family would tell you I am quite good at dwelling in darkness as well. I am definitely a person for the poles; there is little middle ground and ambiguous, or rather, flat emotions that reside in me. I am making my hand flat and hanging mid air. I am never that.

My concerts are great fun! We almost always give everything we’ve got when we are on stage, and I try to tell great jokes. People are always dancing, which is a good sign, no?

Can you tell me about your roots? You’re South African and Norwegian right?

Yes. My mother left South Africa when she was very young. She ended up in Norway, I happened 20 years on, down the line of her life. I lived here till 1994, when SA became democratic. I moved back home and lived there until my early twenties, then started moving around a tiny bit. Shout out to SOAS and my London massive! I live in the countryside now, on the outskirts of Oslo, picking firewood and running in the woods.

How would you describe both places (or the differences) for those who’ve never been?

I am fortunate to be from two such incredible places. My Norwegian passport is often described as the golden goose; with it comes socio-economic security provided by our social-democratic state. Norway is a safe place to grow up, in more ways than one. It is a small country that excels in certain niches, but some times can feel both homogenous and provincial. I love the complete seasons we have here and experiencing how much weather impacts on a person.

Oslo has certain areas that are so rustic and romantic: when springtime (now) comes and people emerge out of hibernation to play and cycle down our cobbled streets; it is an incredibly fun and pulsating place to be. Summers in Norway are the best. And our music scenes are fantastic! And If you love nature, Norway is the place to be. My daughter is teaching me to love our winters again.

South Africa is unsafe in more ways than one, a growing democracy with much of it’s fundaments up for questioning and re-evaluation. What a time to be alive and South African! It is vibrant and struggling with itself and with that, comes an incredible life force and vital, creative and active individuals engaging with their identity and our country and committed to our burgeoning democracy. People are woke, engaged, and glorious!

I never laugh as much as I do with my whole person as when I am there, nor argue as intently about things that matter. Summers in South Africa are the best. And our music scenes are fantastic! And if you love nature, South Africa is the place to be!

What/whose music influenced you growing up?

So many. This list changes for each time, The Spice Girls, the Soulquarians made a huge and longer lasting impact, Janet, Jill Scott, SWV, Alanis Morissette, Brenda Fassie, too many! Georgia Anne Muldrow!

When did you realise that music was where your heart lay?

I don’t know. Music has always been a part of my life. I grew up in a home filled with sound. I have always been singing, and at some point I made the decision to professionalize this part of my being. This happened parallel with many other things, you know? There was not clearly one, defining moment.

What part of the music process do you enjoy most?

Each is unique in its struggle and fulfilment. I love when the song comes to me when I am not looking for it. I love making harmonies! I do love singing on the  stage, tho. I generally prefer stage to studio.

I find that moment, when everything connects, and I am a medium to the music. It is a feeling of ultimate freedom.

Which part do you enjoy the least?

When I am HUNTING for the words, when insecurity catches up to me and trips creativity right the fuck up. And all the admin attached to a life of freelancing. I could do without all that.

I am, I try to be, most of my political engagement goes into my work as board member for the Norwegian Council for Africa. I endeavour for my activism to be tangible also outside of the internet.

Does todays politics affect your writing?

Yes. The personal is political. And it is impossible for me not to write also my anger and frustrations about the state of things. Nina said ‘it was our duty to reflect the times.’ I don’t know if that is what I do. But I am really looking forward to releasing the track BREATHE, feat. Guilty Simpson, Rene Mclean and Naima Mclean, that speaks on the police brutality that lead to the Black Lives Matters movement, on Marikana, on the girls gone missing in Nigeria.

BTW I love your style! Have you always had short hair?

Thank you! It varies, but I always go back to my shaved head.

How would you describe your new album?

Sho. A labour of love!

At some point in life, my mother was reading a book called “Life in Fragments: Essays in postmodern Morality”. I remember reading the title and feeling mind blown, for one, by the idea of a new kind of morality in the debaoucherous and sceptical time that is the postmodern. But mostly, the phrase “In Fragments” resonated deeply. I struggle to attain balance, as everyone else. I struggle to feel “whole”.

The album is equally, in parts, fragmented stories, a patchwork of my life, as it is the expression of feeling fragmented. It has nothing to do with morality. I feel Georgia’s beat-making is also beautifully mosaic and fragmented; filled with unexpected pauses and extra half-beats, genre-jumping and fiercely expressive. In this way, our collaboration made organic sense to me on this project.

Push is a terrific track and we’ve been lucky enough to hear a pre-release of – The Best Drug featuring and produced by Georgia Anne Muldrow, It’s superb! How did this collaboration happen?

Thank you! Push was a difficult and beautiful song to write, with the man who inspired it.

About Georgia, my manager, Torstein Haavorsen and I got to talking after one of his crate diggin’ expeditions, and he had bought Olesi, one of my favourite albums ever! We were gushing on about Georgia, how she was one of my top three producers that I wanted to work with, Torstein reached out to her, and the rest is history. 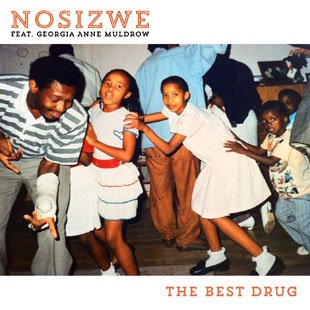 Is there a story behind the great cover photo?

I grew up in a strong pan-african diaspora community. We celebrated all the liberation days of all the African countries. Our parties were a time to come together, to celebrate, to cry, to fight, to discuss politics, to release frustrations and for the elders to collectively raise the children. The picture is from one such party. Me in my party dress, with my besties in front and behind me, one uncle or another… It feeds the idea for me of the healing power of music. Of coming together, of dancing, of community.

We’ve heard there’s a number of rappers also on board the album too like Son of Light. Do you rap too? Can you?

No. My cousin wrote me a rap when I was ten. My career ended there. I get pushed to freestyle at parties. I’m not too bad at that. (hahahaha)

Will the album be available on Vinyl? Are you a vinyl lover?

Yes, the album is also going to be released on vinyl. Yes and no, I love the idea of vinyl but I am no crate digger. I have an embarrassed stash of vinyl in my kitchen that cringes by the way I manhandle it and do not grow it. I have many crate digging friends, I think their obsession is both inspiring and slightly gross. I am not good at obsessing or collecting anything. But collecting vinyl would be cool. I would be cool.

Are you aware of the growing Scandinavian soul music scene? If so, who have you heard, or enjoyed?

I am aware! From Norway, I love Miss Tati, OMVR, Bernhoft, Sisi, Monica Ifejilika, Charlotte Dos Santos, queen Noora Noor, I loooove Fatima, Tingsek, and am putting out into the Universe the intention to work with the Boom Clap Bachelors!

And any plans to come to Sweden and Denmark to promote your new album? We hope so!

Yes absolutely! We are stacking our cards just right, so will be in the neighourhood sooner than no time.