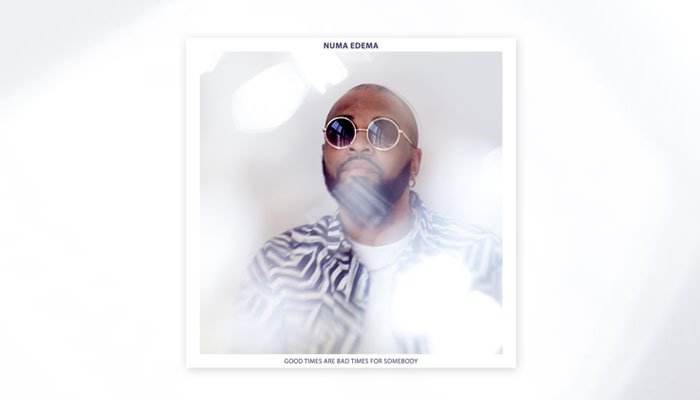 Numa Edema – Good Times Are Bad Times For Somebody

If the art of making music that has maximum appeal is to combine familiarity with forward-thinking, then Numa Edema has produced a perfect slice of sultry soul with Good Times Are Bad Times For Somebody. It’s a fine line to walk. Stray too far into the past, and you become a pastiche, a parody, a plunderer, too far the other way, and you leave the purists behind as you batter down the generic boundaries with new, overly experimental fusions. Good Times is the sound of the most sure-footed of artists walking that line with ease.

There are times when this sounds like a long lost 70’s gem, something from the less confrontational end of Curtis Mayfield, a chilled collection of long-lost Bobby Womack songs or Percy Sledge made over for a modern audience. But equally, the album sounds totally modern, the production is crisp, the songs sparkle with pop know-how and the result sits somewhere between the cultishness of the past and the commercial accessibility of the present. Nostalgia meets future potential…that’s a great place to find yourself.

The title track leads in on a wonderfully funky groove, but the real selling point of the album is the blend of understatement and drama that flow from many of the tracks. Derya is a heartfelt and atmospheric cry of love that seems to be built from the bare minimum of sounds, Gallow threads cool blues riffs through brooding progressive soul landscapes and Brother is a timeless piano ballad. Mother is the perfect song for the modern chart, an evocative blend of compelling emotion, ear-worming hooks and restraint, the sort of song the likes of Sam Smith and all those other pop-soul interlopers would give their agent’s right arm to be able to include on their bandwagoning albums.

Numa Edema is one of the reasons that soul music has a bright future, and this album is the sound of the past being referenced and wrapped in the sound of the present. It is Numa Edema’s ability to do this that means that the future is his for the taking.

Numa Edema / Good Times Are Bad Times For Somebody