Electronic soul is rapidly growing in popularity, particularly in Sweden where home-grown artists such as Albin Gromer and Newtimers have been enjoying success throughout 2012/13. Can we now add Rapture Ready to this genre? 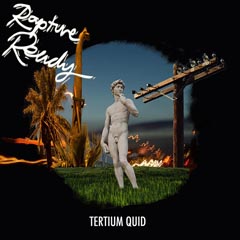 Rapture Ready consists of lead singer Patrik ”Isak” Isaksson; bassist and keyboard player Martin Johan-Lo Östman; and drummer Dijle Yigitbas. Their debut album Tertium Quid (which refers to an unidentified third element in combination with two known ones, although we all already knew that definition, right?) is best described as an eclectic fusion of electro, soul, house, RnB, and pop.

It usually takes me some time to get into the groove of electronic soul, but I was immediately captured by the tracks ‘Summers’ Kiss’ and ‘Put This to Bed (featuring Malena Uamba)’.

‘Summers’ Kiss’ sounds perfectly made for radio airwaves, and for some reason I think of adverts! Check out the pulsating video below:

Swedish singer Malena Uamba is an artist we always want to hear more of, and her featured vocals on the excellent track ‘Put This to Bed’ were extremely welcoming. Both Malena and Patrik duet well here, giving the song practically unlimited drive, soul, and power. Also enjoyable is the beat-driven track ‘Rebound’, with its explicit lyrics and powerful, pumping vibe.

Personally, I didn’t ‘feel’ the complete album, though I do understand the concept and experimental sounds.

Regardless of my views, though, I’m sure Swedish audiences imparticular are indeed ready for Rapture Ready. 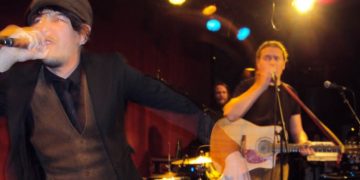