Rediscovering soul in the UK

On September 28th, Finnish band Dolla Lova (their debut album ‘Fall for You‘ is a must own) will play their first-ever gig in the UK at The Jazz Cafe Camden. Dolla Lova are part of several other soul acts brought together from Europe and the US for the MusicConnex Live (MCX) event.

Since its beginning in the gospel churches of America, soul has been adapted and pushed to the boundaries of what the genre can be, yet soul continues to be largely overlooked by many mainstream radio stations. 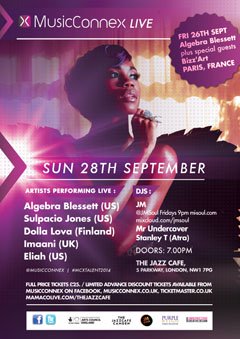 Purple Reign and MusicConnex in partnership created the MCX Live event with the aim of highlighting the coolest new emerging artists in the soul, jazz and contemporary R&B genres. Together they hope to bring together all the soul movements across the world so they might support one another to help grow the appeal of all the artists producing soul music.

This concept is very much in our hearts, so we were keen to speak to Jon Mansfield, CEO of MusicConnex and in charge of MCX Live. The award-winning music industry entrepreneur has worked in commercial genres for the better part of two decades and saw a neglected niche and sought to help breathe life back into the British Soul scene.

What does soul music mean to you?

For me, soul music is something you feel rather than just “hear” and I feel it. Anything soulful I feel. Many people try to copy or imitate soul, but real soul is not about a style or delivery it is a feeling channelled through the music itself. That is not limited to the vocals but the instrumentation too.

Music is the soundtrack to my life; it accompanies me. It uplifts me, it is my sanctuary, it is my companion, it moves me…

Why do you feel radio stations have ignored soul music?

Radio stations in the main are run as business. They need to target specific demographics to attract advertisers. This primarily means youth stations or “classics” for an older demographic. Stations are not there to be progressive or support any type of music; they want the quickest and easiest way to attract this audience. The way to do this is to play popular records on high rotation. Mainstream pop music can be very immediate, so even a new track can become popular very quickly. However, to a certain extent, soul music is an acquired taste and for most is not immediate. So in the main, the only people who will give the music the support it needs are those that are passionate about it and not seeking to maximise their commercial return. In other words, low budget, small operations.

Soul is played on mainstream radio but often a derivative, more diluted form, but hopefully that, for some, will start a journey for people to delve deeper. Mainstream programmers rarely take risks as they are fearful of losing audience so they play safe with sure-fire hits and steer clear of any music that requires more attentive listeners. So, in short, although much soul music has potential wide appeal, it is a risky format for most programmers than other genres or more obvious pop music.

For me, soul music is something you feel
rather than just “hear” and I feel it.

I try not to categorise music based on where it emanates from; it is either good or not to my ears. There are a number of artists from Scandinavia that I have been supporting over the years on the radio in addition to Dolla Lova. They include; Rebekka B. Maeland, Tuomo, Freddie Cruger aka Red Astaire, Prominent, Nicole Willis, Hofstone, Quadron, Fatima, Janita, Kenya and Nemor, Jonas, Kinny, Linn and Natalie Gardiner to name a few.

What was your expectations of soul from the Nordic regions?

I had no expectations. I just seek out music often only later discover where it comes from. This was certainly the case with Dolla Lova. I really liked their sound so after playing it on air for a while decided to find out more. That’s when I discovered they were from Finland.

Most Scandinavian soul artists sing in English, but do you think original spoken language (Danish, Swedish etc) songs will ever be popular to the English audience?

That is a difficult one. Sadly, I think not, as English are notoriously bad at learning other languages and really people prefer to understand the lyrics. Some Brazilian music is embraced in its native tongue but I cannot think of many other examples where UK audiences have warmed to music in another language; a shame, but just the reality.

What advice do you have for soul artists trying to succeed?

It depends how you define succeed. To me, any artists should remain true to themselves and the music they feel from within.   If they are then able to find an audience who appreciates their art, to me that is success, especially if it is big enough to sustain a career. However, for most, the challenge is getting heard when so much music is out there which is more accessible than ever before. Unfortunately, if you want to stay true to your music, there are no short cuts.

You build your fans one at a time until you hopefully reach a tipping point and word of mouth or viral activity takes over. This means supporting radio DJs, getting them product, doing as many live shows as possible, perfecting your performances as this is crucial, active on social media, building fan data bases, YouTube…. doing everything you can to spread the word. It takes time and is hard work, but if your music is good, and you put in the work, the opportunities are there.

There is one final thing that many artists overlook. We now live in a fast-moving digital age; people move on very quickly, so until you have built a big enough audience you need to be regularly putting out new music as long as you can maintain the quality. It will keep you front of mind. 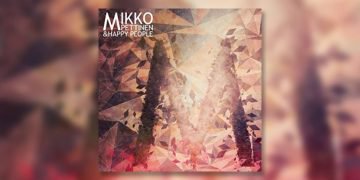 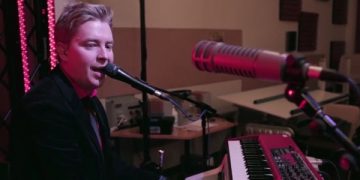