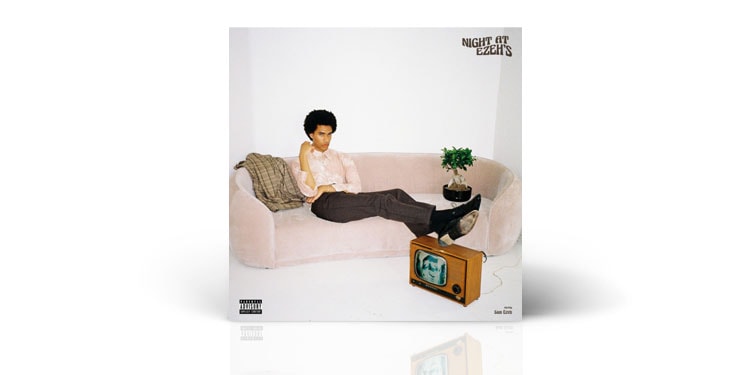 Had I not seen the cover artwork to Sam Ezeh‘s debut EP, or watched his videos, I’m sure I still would have imagined him looking as cool as this.

The music visualises a man from another era, setting his own direction with a hint of nostalgia. My perception powers are not unique; instead, Watson, simple deductions from a Night at Ezeh’s.

Sam Ezeh resides in a newly built home of contemporary neo-soul, decorated by his soothing and soulful, cotton-soft melodies.

The album title is an invitation into a world, away from the jostling mainstreams charts where music can become formulaic, forced to keep pace with technology and trends.

In his house, Sam’s songwriting explores new love perspectives, such as the effect of a marriage breakup in the killer track – CRISIS. The guitar and horns are used to maximum effect with delightful chilled and pacy harmonics on this bittersweet single. The video is a perfect marriage of music imagined onto film.

Another unmissable single finds the resilient Bonsai tree as the stoic symbol in Bonsai Love. At the same time, a track like Makes My Night floats as gracious as a bird and opens otherwordly vibrations.

The dreamy Fly/Gravity and the interludes do seem to water down the ecstasy of the ‘hitters’ (CRISIS/BONSAI LOVE) though the EP remains soulfully satisfying.

Night at Ezeh’s is ambitious in its originality and admirable in its presentation. The image of a young Roger Prince Nelson on his self-titled debut album comes to mind as I listen. It’s an exciting parallel.

There is more than enough here to reinforce Sam Ezeh as a force of natural talent without comparison in today’s Swedish music scene.

This EP should not be a one night stand.

There is more than enough here to reinforce Sam Ezeh as a force of natural talent without comparison in today's Swedish music scene.