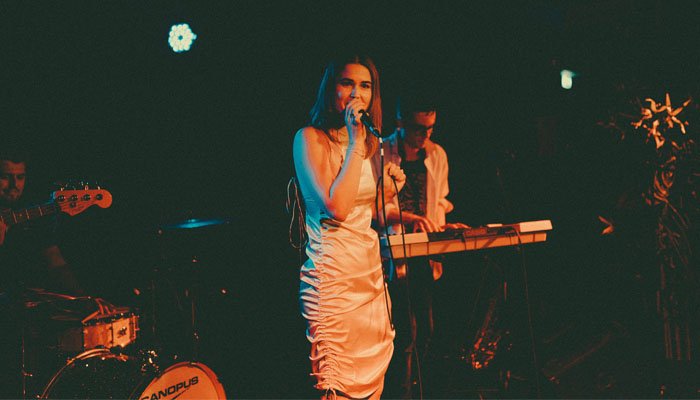 Andy Collins chats with the Danish singer in London

This title is perhaps the best description of Amalie Bryde (aka Kool Kat) and I as we laughed, talked and sipped delicious brews on a comfortable sofa in Shoreditch, London.

It’s early spring 2018. I’d been visiting my parents, but always use the opportunity to connect with friends and artists visiting the city at the same time such as Magnus Carlson or Marie Dahlstrom. Around three weeks previously, Danish singer Kool Kat had introduced herself to the world and release her debut single, the hauntingly mesmeric Hermetic Beauty.

It was during a series of messages with Kool Kat that I became aware she had only recently moved to London city, and we made an impromptu coffee date.

In all honesty, I was unprepared to the singer, who, at the time I knew very little about. There were very few facial images of her online either, and I was uncertain I’d even recognise her, or her I. However, some people have an immediate aura, and the brunette, hazel-green eyed singer and I quickly settled into a discussion. Around us laptops opened and closed, drinks were purchased and consumed, and our two-hour conversation flowed unhindered.

Listening to her engaging stories and views on life I took out my phone and recorded part of our conversation.

You can listen to an abbreviated version below (18.51mins). 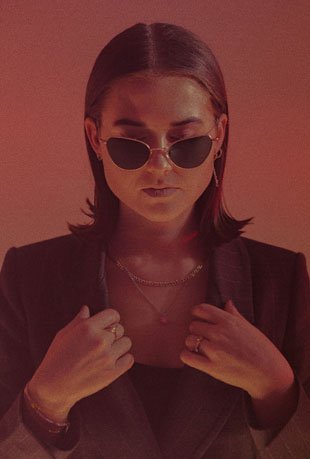 Since meeting Kool Kat, the singer has taken to London life like a needle to a groove. Her face is no longer hidden, and followers of her on Instagram are discovering an open, playful singer improving her craft. Her second single – Mentality was released with an official video was well received and was picked up by international blogs. An all-around creative spirit I also strongly suggest subscribing to her fab self-designed Newsletter too!

So, keen to continue our chat I reached out for an update. So, are you still a Chooseaterian?
I sure am. It’s my interpretation of “flexitairan” if we have to label it. I am not picky but a curious eater. I enjoy the vegan kitchen because it gives me new flavours. Only thing I don’t eat is red meat.

You’ve been on stage several times too. How has finding gigs been?
Neither easy or hard. I’ve contacted venues directly, been to events or ‘applied’ to play through entertainment booking services. Naturally, I have not gotten everything I’ve asked or applied for. But when asking in person you hardly get a no if you believe in yourself. Or maybe you do but then it’s something you can learn from to improve. I hope that 2019 will be filled with more gigs and for me to be asked to perform more frequently. Especially to support another act. I’m slowly starting to be invited to perform which I’m very excited about.

In September, the release party of my second single ‘Mentality’ was the first live show with a band.

How would you describe UK (London) audiences?
Curious and very supportive.

With Brexit around the corner, does it concern you?
No, not at all. Of course, I hope they will come to an agreement for everyone. If I am kicked out, I will start a new adventure.

What’s next for Kool Kat?
To ‘change’ my name to Amalie Bryde. Kool Kat has been a fun journey, but it is time to be me. Kool Kat is not dead though! It will be my nickname and label: Kool Kat Music.

I’ve gone through a big change in my life ever since I decided to move to London. And when I perform now, it’s different because it’s my songs and productions. I feel naked and vulnerable which I’ve never felt before. I’m me. As scary as that may be. I will release new music in 2019 in the name Amalie Bryde. This year I want to challenge myself even more maybe you’ll hear me do some spoken words or something? We will see.