Shows off her pure talent in infatuating music video

Swedish singer-songwriter Johanna JÁNA Andrén releases her debut single ‘Wild Roses‘, where she shows us that she us more than a newcomer. She is one of those artists who rise behind the scenes long before debuting. You’ll notice this as I’m about to name-drop a bunch of heavy names in the Swedish soul-scene.

As a teen, she started performing at the local youth centres of Uppsala. Since then, she’s made her way into the music industry. Finding experience at Rytmus Musician’s High School Stockholm, BIMM London and Musikmakarna among others. She was previously signed by Universal Publishing Group of Scandinavia and has co-written music for the familiar Daniela Rathana. It’s easy to say – she is no rookie. And I’d like to say, it’s finally time for her to enter the spotlights. JÁNA draws inspiration from the likes of Lauryn Hill and Erykah Badu. So the smooth neo-soul sound of this track comes as no surprise. And it’s brought forth with the help of no one less than indie-soul band Little Dragon!

What you might have already noticed, is the new wave of soul diligently using flowers, trees and nature as a theme. If you’re a fan of the trend, this infatuating music video won’t let you down. As its title suggests, you’ll see some wild roses. And you’ll also see Khan-Ji, playing against JÁNA. He is one of the artists and producers from the music collective TRE60 (yes you got it right –  from the collective of last years debut songstress, Ness Hakin). While JÁNA and Khan-Ji may look amazing together – JÁNA’s real romance in this track is the girl she could never go public with. Leaving her with nothing but Wild Roses.

Be sure to check the track below and count the days until July 3, when her EP Flowerworks is released! 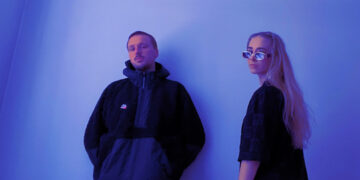