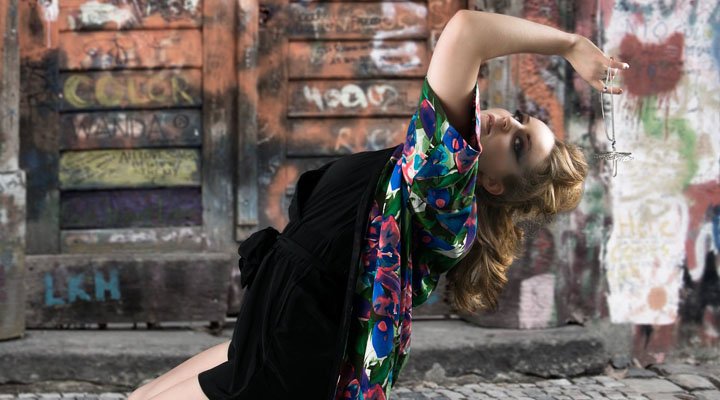 The Swedish city Umeå sits to the right in the far north of Sweden. It’s a renowned university town with over 39,000 students. The winters are long and biting cold, and the summer seems endlessly bright and warm. Musically, Umeå is well known for its hardcore punk and rock scene and the annual Umeå Jazz Festival, one of Scandinavia’s largest modern jazz festivals.

Emerging between the two musical styles is the soulful Swedish singer Martina Hed, who has just released her debut EP, Introducing.

Born and raised in northern Sweden in a village outside Umeå, the singer says being close to nature helped her develop into a thoughtful and gentle soul with big musical dreams.

Michael Jackson‘s double album History was Martina’s very first CD purchase, and the iconic artist became an instant and strong influence in both her vocals and music ideals.

Her three-track EP, released on a new independent record label ‘Tick Tick Tick’, is a sample of soul, blues and pop that opens with the smooth, enjoyable ‘All I Need’. The track’s almost six-minute runtime immediately signals that Martina is asking us to listen deeply and give time to embrace her intentions. It works, and one is pleasantly drawn into her world.

Martina gets the blues on in the melancholic and heartfelt second track, ‘I Am Done’. I am again reminded why I don’t like Spotify as I try to look for the name of the guitarist whose solo electric guitar ignites the track with chords of emotion near the end.

The EP’s lyrical theme is the deciphering of love’s emotional puzzle, and is fully emphasised in ‘Between the Lines’. This catchy final track is delightfully composed with wonderful Rhodes keys and soulful harmonies.

As Martina Hed herself says, her debut EP is an introduction, a satisfying trio of tracks that says, “I’m here!”. Whilst it doesn’t break new musical ground, I don’t believe that was the aim either. Martina has taken her initial positive steps into the recorded music world, and whether she carves her name into the Scandi soul vaults will be up to her future releases and you listeners.

I advise you to stay tuned!