The Magnolia has undergone some changes since they won the Scandinavian Soul Music Award for Best Band in 2014.

Albin Meldau, one of the Swedish band’s duo of lead singers has left to pursue a solo career. We have to admit to being heartbroken by this news but delighted however that this has not hindered The Magnolia in continuing with their captivating blues and soul sound.

Now Arvid Nero takes centre stage, and his emotionally-charged vocals flow in their track – Green dress, amber eyes. This song is not officially available but we so wish it was. The video, directed by Luc Nero has the old cine-camera feel and fittingly captures this raw and passionate band. 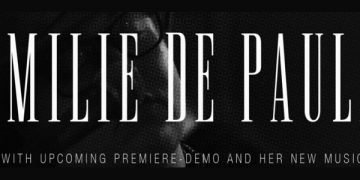