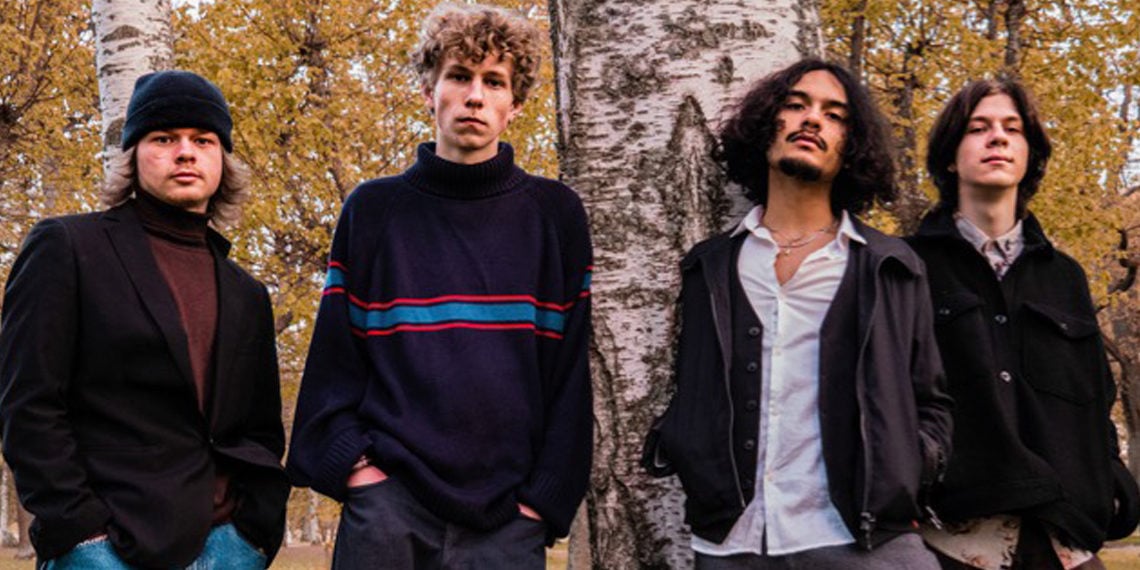 The excitement started with a great name.

Today, new bands, and particularly well-known ones remain remarkably small. Yet it should not be forgotten, four of Swedens top-selling music exports are in fact bands. Of course, number one starts and ends with A.

While Scandinavian garages continue to rumble and screech with groups of young indie and rock band hopefuls, these chambers of experimentation have also reveal bands searching to discover new chords melodies combinations, and creative visual concepts.

The definite article in their name (THE) feels like a statement of intent and a homage to the footsteps of giants they follow.

The Beatles.
The Rolling Stones.
The Isley Brothers.

And despite thai rock and trip-hop not being sounds synonymous with this website, The Service provided an invitation too irresistible to miss.

The quartet delivered their first single ‘Sia‘ this summer. An indie-fused affair, you sense the palettes the group desire to play with come from the ’70’s sense of abandonment and a spectrum of world influences.

Taking inspiration from the more mysterious, psych-leaning corners of US indie band, Khruangbin, and you’ll feel their vibes filter loving through. And likewise, The Service musicianship similarly impresses. The guitar notes electrify, and the dreamy hippy harmonies open up the songs spaciousness like a drop of coloured dye in clear water.

The reimagining of global soundscapes uncovers an array of new musical pathways to explore, and I’m curious to see where this leads. The Service are only at the start of their travels, and I highly encourage them to keep evolving their sound and artistry.

The Service has the potential to deliver exciting new musical goods.