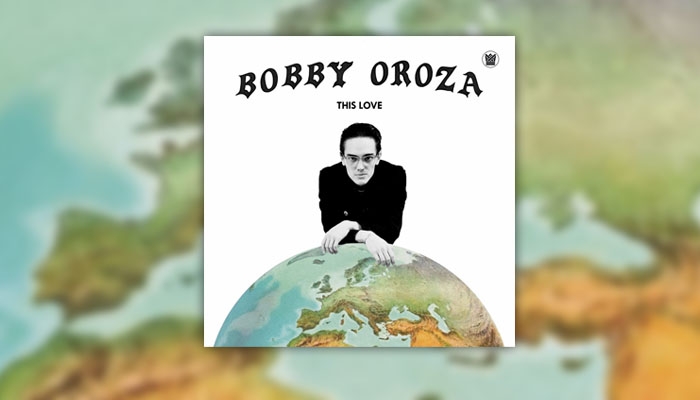 Break-up albums are a staple of the music world. From Joni Mitchell’s iconic Blue to the criminally overlooked Are We There by Sharon Van Etten, the season of mortal love, bitter ends, and sad singer-songwriters is a place that we all occasionally find ourselves wallowing in, a place that reminds us that our own troubles are all unavoidable part of the human condition. But never has a break-up album sounded as smooth and soothing as Bobby Oroza’s debut album.

The music draws on all matter of genres, a reflection of the musical environment that he grew up in, where jazz and blues, soul, gospel hits and doo-wops were balanced out by Brazilian, African, North and South American folk songs as well as Nuyorican Salsa albums. It’s all to be found weaving its way through the heart of the songs making this a difficult album to pigeon-hole…which is exactly as music should be.

Tracks such as Alone Again and the title track cover some wonderful balladic territory, chilled and inward gazing but dressed in sweet soul licks and dexterous rhythms which raise them way above any expectations that are conjured when the term ballad is mentioned. Maybe Maybe Maybe is soaked in 70’s soul vibes, as is much of the album, Falling in Love goes right back to the heart of 60’s psychedelic pop and Keep on Believing is a funky shuffle that is as tastefully done as it is infectious.

Oroza’s vocals are not the most impactful but like all good musicians he turns these limitations to his advantage and the style is one of gentle washes of voice and delicate, non-lyrical embellishments allowing the exotic rhythms and exquisite playing to help do some of the heavy lifting. And the result is a great album, one that clearly pays tribute to the past but uses so many strands that the sonic design that he creates is also very much new and forward thinking. He creates his unique musical selling point from the range of music that he has explored, studies and been inspired by. Not just the expected, North American canon but a whole range of wonderful rhythm driven music from The Caribbean, Latin American and beyond.

A fantastic debut by anybody's standards.