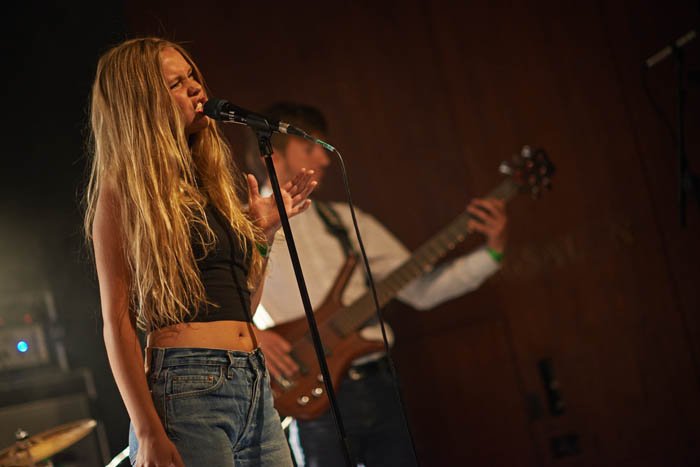 Scarlet Pleasure / Under The Palm Trees

“Look, I still have my backpack,” says the smiling, blonde Danish singer who is causing quite a stir in soul music circles. Having just literally returned home to Aarhus after performing in Copenhagen, I was pleased that she had time to meet with me. “Last night at VEGA was amazing!” she continued.

Her name is Ankah, and with her band, they are called Ankah Jua. Jua means Sun – and Ankah is like her real name: Anna Kathrine.

Ankah only recently turned 20, and I first met her at the Scandinavian Soul festival of 2013 in Horsens, where she was enjoying the atmosphere of the debut event. By the end of the festival, she was onstage and very much a part of the late-night jams. A couple of her tracks like ‘Change your mind and Give in’ were already drawing attention with her neo-soul inspired sound. Since then, things have moved swiftly and a number of interviews and concerts quickly followed.

“I’m pretty overwhelmed, says Ankah, it has just gone so fast. This is our 6th concert, and so far, all the festivals have invited me. Spot Off was the first festival and then two days later; I was at the Spot festival. It’s made for new upcoming artists, but they also have some big names. It made my name come out too. We hadn’t played a lot before that, but we had received a good response from everybody.

I’ve written a lot of things but the seven songs I’ve written are the first I’ve finished, and now I’m performing them in front of a live crowd. I believe I’m going to get much better over time, and I’ve learnt a lot about my strengths and weaknesses on stage.”

We’re sitting at the back of Godsbanen, a newly established centre for cultural productions in Aarhus, in an inspiringly creative new development with skateboard areas, soft sand, and converted ship containers. Aarhus is the second-largest city in Denmark and is also home to Nanna B. The city is a vibrant mix of youthful energy, due to the large number of students here all with an energetic pulse. The weather is exceptional, and Ankah smiles warmly and openly as we chat, but explains she’s actually private and reserved, but she gives her all when she sings. 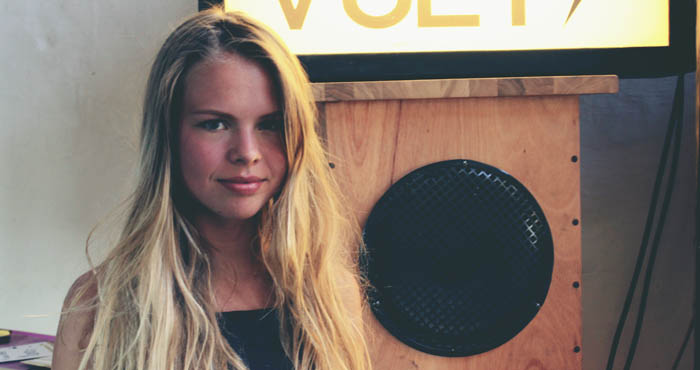 Ankah’s grandfather is a Violinist, however, her love for soul music came from her brother who introduced her to Hip-hop and then to acclaimed US artists like Erykah Badu and D’Angelo.

In the beginning, Ankah was shy about her music but had to learn to draw attention. It doesn’t come naturally to her, and it was difficult for her to even create a Facebook page, but she has learnt that people like the fact that she wants to get out to them and they support her music.

“The music I make isn’t like traditional Motown, and it’s not DJ electronic R&B, and it’s also a bit different from old school. It feels right for me. The studio versions are more hip-hop beats and then live it’s something else, the band they play the samples live.  I like to try different things and evolve through that.”

Lyrically, Ankah writes in English and it would have to be a conscious decision to write in Danish.

“I didn’t listen to a lot of people singing Danish, and I wasn’t inspired by it, I was inspired by English. You have to do what you feel is the right thing for you” 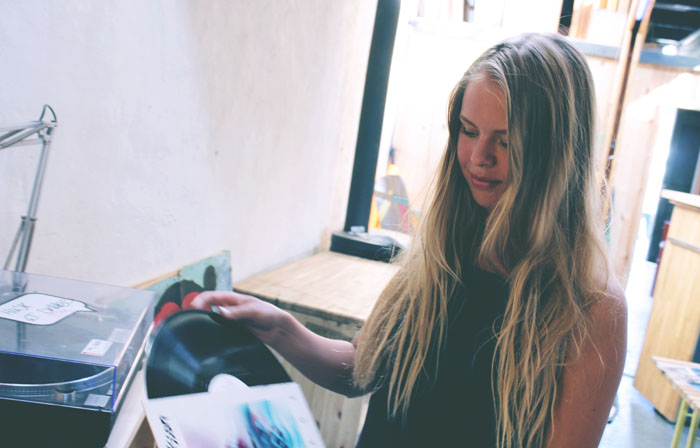 Right now Ankah is planning her EP and is excited by the image of someone listening to her music while riding in the woods, cooking or even doing the dishes – things in everyday life.

“I’ve been talking about making something with the band to make it more organic and more soulful, but it’s a different way to work with an entire band in the studio. It’s the reason I started differently, that’s the only thing that has been possible because it’s expensive and I don’t currently have a studio.   But I know great producers with great beats, and I love hip-hop and it was the natural thing to do. Now I have the band together, it would be amazing to do something with them. It’s like D’Angelo and the way he records his music, there’s energy in the music when there’s a real person behind the instruments. I like both ways, but when it’s not something made on the computer, right on time, when there are some vibrations, some life, I’d really like to try that.

Right now I’m currently finishing school, and in the summer I’m looking forward to using all my time with music and not just my spare time in between assignments.”

I offer my congratulations as she tells me she has just been accepted in the Music School (MGK), which is extremely difficult to achieve due to the number of people who compete for a place, and the high level of the entrance exam tests. What makes it extra special for Ankah is that she has never been to a music school before, and having now been tested by professionals, received top grades in the exams.

“Your friends can say you’re good, but coming from them it’s different.

I’m really looking forward to having all these lessons; to learn which muscle does what, and to learn a variety of instruments. I definitely want to improve.”

Ankah explains that she has to leave as she has an exam in the morning, and after a few photos she swings her brightly coloured backpack over her shoulder and leaves me to explore the rest of this creative city alone.

I know for sure though, this isn’t the last time I’ll be seeing or listening to Ankah.