JEZ_EBEL / Why do you believe in love

A gorgeous '60s soul ballad with the sweetest of harmonies.

While everything released by the Copenhagen based band D/troit is the epitome of retro, funky soul, their latest single, Higher, is something of a transformation. And I assure you, you’ll also be pleasantly surprised!

Produced by record label Crunchy Frog‘s own Jesper ‘Yebo’ Reginal (Junior Senior, PowerSolo) and Christian Ki (Ki!, Ki/West), the heart-shaped ballad is more akin to moonlight swaying than their usual dancefloor shuffling grooves such as their previous track – Gotta Have Soul. With a tonal range higher pitched than previous, it’s almost hard to recognise the Danish band! Inspired by a recent experience of childbirth, there’s more love in this than a Valentine teddy bear!

The band’s lead singer Toke, who shares the song’s chorus with his four bandmates with a classic call and response choir, explained – The lyrics are about the huge life change it is to become a parent. Life takes on a whole new dimension, and from that day on, all your actions spring from the love you have for your child”.

This mid-tempo single will capture the attention of fans old and new with a sound that reawakens the loving feeling of nostalgic soul records.

Higher is taken from their forthcoming album ‘Heavy‘ due June 3 available to pre-order on Bandcamp. 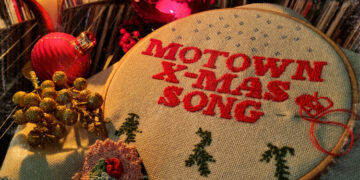