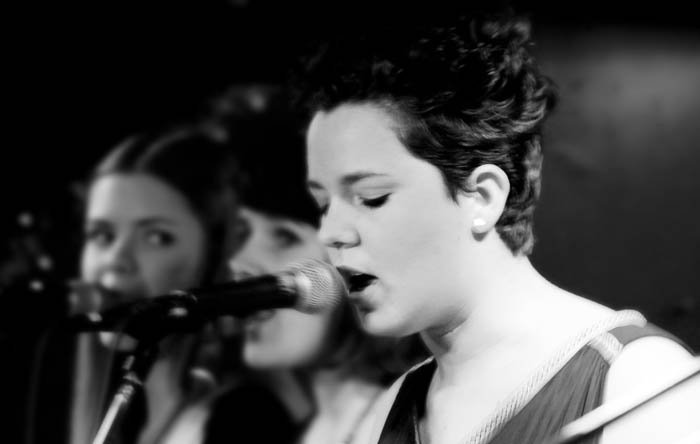 It’s a dark Tuesday night. A cold, bitter wind seems to be following me everywhere, trying to find the gaps in my jacket as I make my way along the quiet snow-covered streets of Copenhagen.

Situated on Løngangsstræde 21 C, Mojo Blues Bar has been Copenhagen’s home for blues and jazz since 1983, but tonight it’s premiering Soulful Tuesday.  I don’t think I’ll need rescuing from the Powerpuff Girls tonight as I walk into the wonderfully named venue.

There’s no burly doorman to greet me or take my jacket, but I’m instead welcomed by the dark yet character-filled walls and cozy atmosphere which makes it’s rather exciting as I weave my way through the crowd, although I’m immediately reminded that Danes still smoke indoors.

It’s smaller than I had anticipated, and tonight it’s made to feel even more so by the 100+ people that I’m pleased to see crammed inside. I now know that latecomers will find themselves unable to even see the stage from the initial entrance.

Jakob tells me that this is also his first visit to Mojo. The concept of a soul night – created by Sahra da Silva – has created quite a stir and he mentions there’s never been something specifically for soul music here before.

Jakob regularly interviews Danish soul artists such as Marie Dahlstrom, Nanna B, and Rebekah Christel, and, like me, he’s here to discover old and new talent.

The night’s trio of performers starts with Frederica Bohr (below), who gives a fine, soulful start to the night. Frederica has only just returned from Boston, USA, but welcomed this chance to perform and develop. 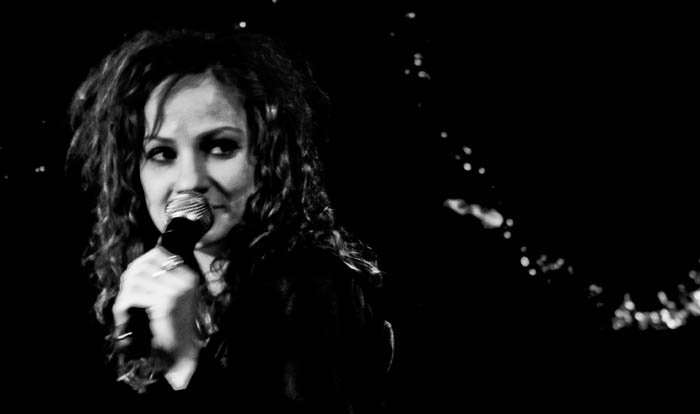 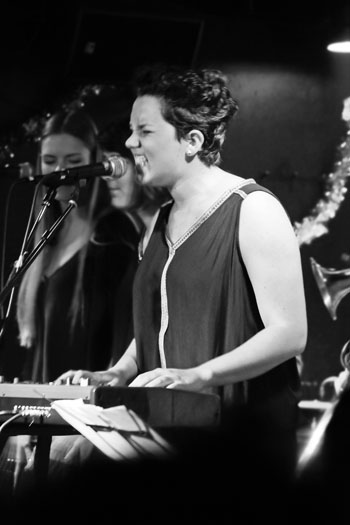 Amanda Wium is next and really brings the place to life. Accompanied by a funky trio horn section, the band hit all the right notes for soulful pop tunes.

The young singer, sporting a cool cropped hairstyle, impresses us with her charm and compositions. Amanda recently released an EP titled These Keys back in Sep. 2013. It didn’t slap me with soul, but her live performance offered far, far more. Tonight she included some of her new material and I’ll be taking careful note when she releases more!

Jonas Rendbo, the final performer of the night, is a Danish neo-soul master who’s been making quality music since his excellent debut album Sweet Dreams Guaranteed in 2005. Having worked with many artists such as Omar, Outlandish, and David Jay, Jonas tells me he hardly has time to create his own music lately. He goes on tour with Sweatshop soon and is already booked up to Oct. 2014. Tonight, however, we get a taste of his new material sung in Danish.

“I’m hoping it will reach me out to the Danish audience,” he tells me afterwards when I ask him why.

Danish text seems to be the main requisite of Danish popular music despite recent successes from Lukas Graham and Quadron (who had to first find success in the US). It’s a hard decision for musicians when choosing a direction and a possible road to success.

Due to neighbour complaints, Mojo has a volume limiter which causes the power to cut whenever the volume goes above a certain point. Sadly, due to a miscommunication, Jonas’ band were not aware and suffers this a number of times, which is a real shame since Jonas gives 100% when he performs. Reluctantly, the performance is forced to be cut short. Really frustrating for me as I’m always keen to see this Danish singer!

Edging through the crowd is the charming smile of Anna (Ankah) from Åahus, Denmark, who also made the journey to this soulful gathering. I last saw Ankah on stage was at the Scandinavian Soul Festival jam session, and her Soundcloud tracks have generated quite a buzz.

“I’ll be here in April and had the check the venue out! I’m really looking forward to playing here. There’s nothing like this in Åahus,” she says.

Those who hang around until the early hours, like yours truly, are treated to a wonderful jam with the superb voice of Sahra da Silva accompanied by Alain Apaloo, a truly exceptional blues singer/guitarist.

Soulful Tuesdays already has an intriguing lineup for the following months, including Feridah Rose, Ankah, and Gregers L. Mogstad. If Copenhagen’s historic sights and wonderful carefree attitude aren’t alluring enough, then Soulful Tuesdays at Mojo should be.