SJI doesn't give a f**k on debut single / Neighbours

Swedish-Indian artist Nadia Nair refuses to be defined by genre; however, she finds herself glowing in our radar, and we’re going to describe her new release as a solid and exciting new R&B single.

Released with a video Nadia is visually captivating and evokes Indian mystery as we see both Nadia and Mwuana arguing with their partners.

Nadia states: “See Things is about realizing things through real eyes. When we fall in love we see what we want to see and when we break our illusions shatter too“.

Nadia Nair is a new name for us, but she has been active behind the scenes writing for the likes of Skip Marley, SEEB and Steve Angello. Her previous releases have received widespread acclaim from various online publications, including The Independent, Clash, Hunger and The FADER.

I see big things for Nadia! 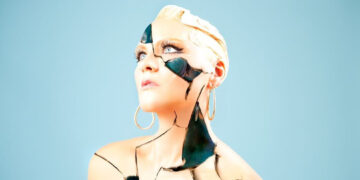