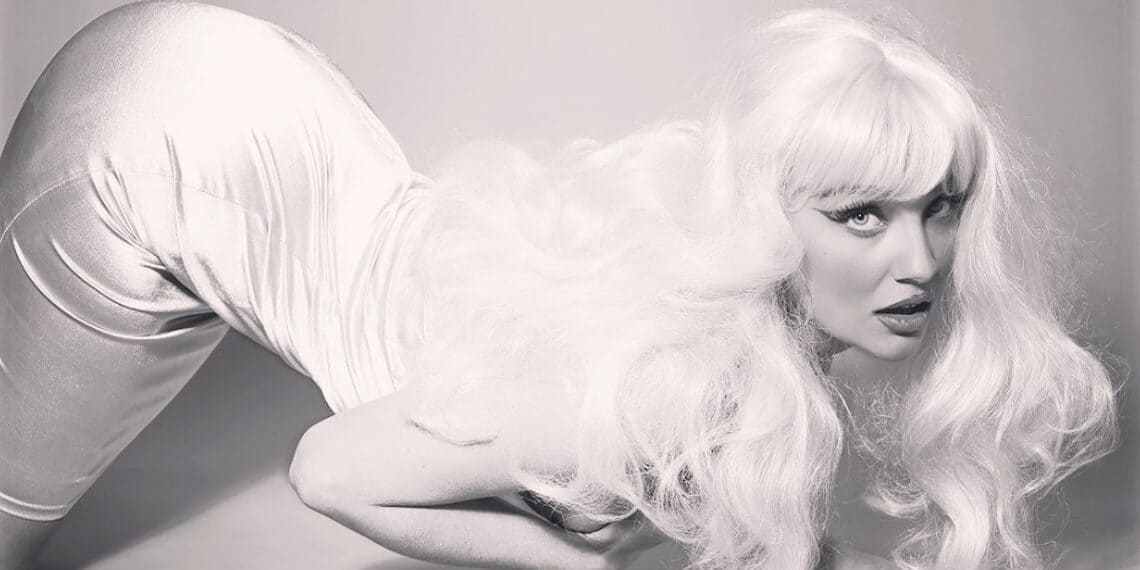 RIVER serves a sultry mixture of pop, soul and hip-hop / WE’LL BE TOGETHER

A blend of pop and R&B featuring American rapper Lute.

In her latest single, emerging Swedish artist RIVER invites us to a startling, heart-pounding encounter. ‘We’ll Be Together‘ delivers a luscious concoction of pop and R&B punctuated by the fast-paced lyrics of American rapper Lute and anchored by beautiful piano melodies. The vocal and visual star is RIVER, whose 50’s pin-up style is bold, confident and seductive.

‘We’ll Be Together’ cradles us into an emotional relationship where desire and destruction cohabit in close symbiosis, dropping bittersweet truth bombs.

RIVER’s delicate vocals, packed with warm soulfulness, are enchanting as she conveys the relationship between two lovers who drive one other to madness despite their belonging.

Speaking of the new track, RIVER said: “I wanted to make a song that both tapped into the music of old-school soul that I grew up with mixed with the attitude of current hip-hop. To get Lute on the track helped me reach that vision and took it all to another level.”

A vintage pin-up model with soul RIVER makes an immediate impression, conjuring a style to remember and a sound to set her apart. Just what we all need!

And we strongly suggest following her Instagram for more of her incredible visual art.

WE’LL BE TOGETHER is a preview of her upcoming debut EP, arriving later this year.

“I try to create a universe where I can freely express myself,” she explains. “I’m all about traditional jazz and blues, but I love the attitude of hip-hop as well. Stylistically, I’m inspired by the classic Playboy aesthetic and Bettie Page. The visuals and the music come together to tell a story.”

That story begins in Sweden. Born Elsa Sommarström, RIVER’s parents introduced her to Elvis Presley. “I was smitten by the way he sang and how he moved,” she smiles. “He made me fall in love with music.” Growing up in a creative household, her dad played bass in a popular Swedish band and worked as a journalist. She studied her father’s CD and vinyl collections at a young age and quietly sang—unbeknownst to her family.

After her dad passed away, wanderlust took over, and she embarked on an international vacation for the next five years. Between short trips back to Stockholm, she intermittently lived in Germany, Asia, Australia, San Francisco, and New York before settling in San Miguel de Allende in Guanajuato, Mexico. Along the way, she embraced her voice, busking and performing standards from Etta James and Aretha Franklin in jazz clubs around Mexico for almost two years. Finally, she returned to Gothenburg with a fully conceptualised vision.

After returning to Europe, she adopted the moniker RIVER since her last name Sommarström translates to “Summer Stream” in English. Taking the first step on this path, she independently dropped “One” in 2020 and caught the attention of EMI Sweden, landing a deal with the label. Now, River really began to blossom with her October 2021 single “Miss Me” and brand new track “We’ll Be Together.” Taking the reins, she brings her creative vision to life while also flexing her vocal prowess as she immerses her listeners into various personal narratives.

“RIVER is whoever the fuck she wants to be without apology,” she leaves off. “She’s the one person who doesn’t give a damn what anybody thinks. I leave everything behind when I’m in the studio, on stage, writing songs, and creating visuals as River. She’s an extended part—but still me.”