Ahead of the 25 Anniversary D'Sound welcomed back Simone Eriksrud.

Santa delivered an unexpected surprise gift this Christmas. The brilliant Simone Eriksrud together with D’Sound again!

In 2018, after more than 20 years in the band, lead singer/songwriter Simone left the band to focus on a life away from the music industry. It was devastating news to fans, and many presumed it would mean the end of D’Sound.

Nevertheless, Kim Ofstad (drums) and Jonny Sjo (bass) proved the sound they had perfected would continue, instead featuring an array of global artists such as Mirjam, Armi Millare and Macy Gray.

And to celebrate their 25th Anniversary, Simone Eriksrud has sensationally returned.

D’Sound started when the three songwriters and musicians, Kim Ofstad, Jonny Sjo and Simone Eriksrud, began practising in a basement in the centre of Oslo in 1993. Influenced by a blend of acid jazz, soul, R&B, funk, pop and drum ‘n’ bass, at the time their sound was quite un-Norwegian. Their debut single Real Name, arrived in 1996 and became the year’s most-played single on Norwegian radio.

The trio has wasted no time rediscovering their flow and released a new sultry-soul single, FLASHBACK. While the title reflects this epic reunion, the song’s theme looks at a lost love and the angst of memories.

The official video (see above) also takes look back at the bands’ roots, charming with nostalgic scenes. Flashback will feature on their upcoming silver jubilee album 25, arriving Friday, January 21, and D’Sound are currently holding live Instagram sessions and chats in advance.

It’s great to see and hear this trio together again.

Also featured on the album will be D’Sounds previously released single Run For Cover featuring the honey warm vocals of Armi Millare and a superb bassline…as always! 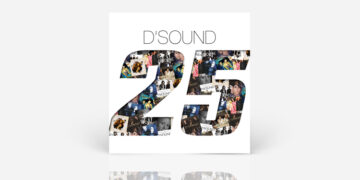