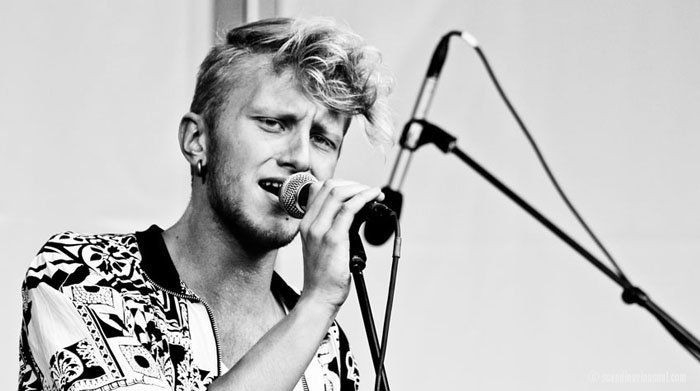 Elias Shines in the Rain

‘We are Sthlm‘ is a yearly event held in the center of Stockholm (Kungsträdgården), aimed at Sweden’s under-18s.

It explains why, when the rain descended, the people who held umbrellas were noticeably older – clearly those who decide what to wear, and what to bring depending on the weather forecast rather than the carefree abandonment of chance young people have.

I’m standing by the North stage with my umbrella raised (don’t laugh) as Elias’s band starts playing. The band includes Stevie Nii-Adu Mensah, who is not only Elias’s producer/manager but also an accomplished songwriter, pianist and Scandinavian Soul co-founder.

Interestingly, unlike the other bands I have seen today, they begin without the lead singer on stage, which immediately causes a few heads to turn in search of the lead singer.
After a few chords he enters slowly and humbly, gazing slightly downwards, and grasps the mic.

Despite having seen Elias perform a number of times before, the delayed entrance really adds drama and his voice soulfully resonates, inviting you to take note.

His slight beard shows it’s not only his voice that has matured over the past few months. His voice is clearly deeper, yet still soft. At 17 years old, he really is something special.

The opening track is ‘Windows Part 3‘ (Windows Part 1, 2 & 3 are completely different songs and I’m not keen on the name concept) and having heard it twice before it’s already a favourite of mine, causing me to forget to take pictures and choosing to sing along instead!

He sings from the heart and if you meet him backstage you’ll also find he has the gentle demeanor and charisma reminiscent of a young Elvis – and I don’t make that comparison lightly. His blond quiff, which he runs his fingers through often as he performs, is just another similarity. 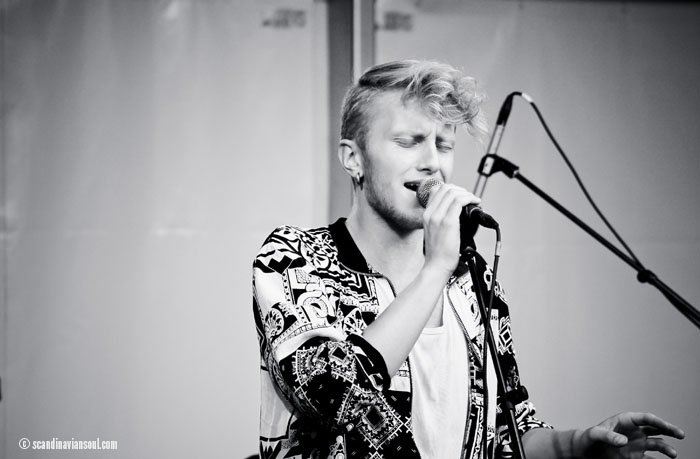 The persistent rain meant the audience numbers were small; yet sheltered bystanders started to drift forward and join those standing near the stage, Elias’s voice drawing them ever closer.

A majority of the bands I heard performing today were a mix of rock and pop. Perhaps it’s with some personal bias that listening to the sound of Elias singing ‘Windows Part 2’, which has a wonderfully soulful rhythm, seems to bring real warmth to the grey, wet evening.

‘Windows Part 2’ is followed by another excellent track ‘Stranger‘, followed by ‘Standing‘ when Elias is joined by Sabina, a young, powerful vocalist – for a sparkling duet.

The track ‘Naked’ ,which plays lyrically with the Swedish/English pronunciation, cements a soulful performance and reinforced that we were listening to something special.

Sadly for the audience this is a short set so already Elias is on his final song. ‘Ain’t Coming Back’, written by Elias, is a heartfelt killer which builds to a crescendo, allowing Elias to dig deep and express his voice passionately and dramatically.

He ends by respectfully introducing each band member and leaves to warm applause.

Then there’s a touching moment when the stage host Cookie, takes over the mic and says:

That was Elias Sahlin.

I say we should put our hands together one more time.

I say amen to that. 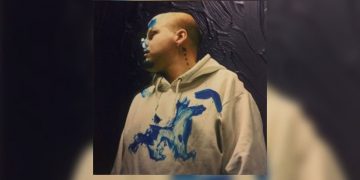 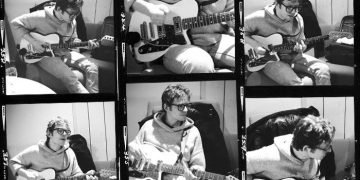 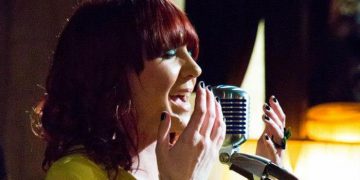