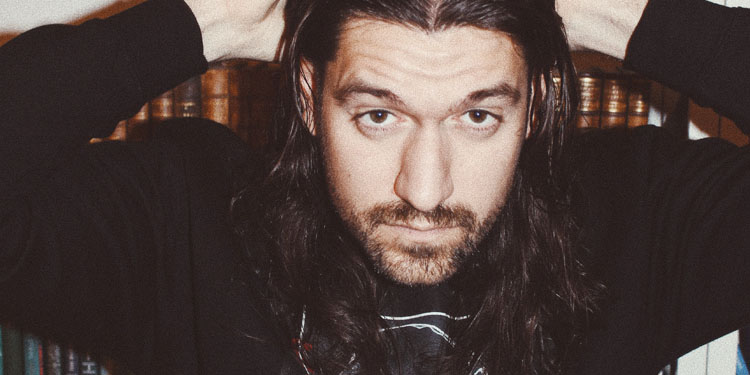 Listen to our interview with soulful newcomer J. Aissa

We’re still reflecting on what a magnificent year 2019 was on the soulful side of music as we welcomed a string of newcomers.

An artist whose announcement stirred me greatly was Swedish singer/producer/writer J. Aissa (Joakim Hultqvist). A series of singles and an EP beckoned me like a gold envelope with my name emblazoned on the front. Its contents, tracks like Trees and S&W, radiated craftsmanship with ethereal vocals and the compositions aligned fully with my sense of musical appreciation. So with Skype as the intermediary, I connected with J.Aissa to discover the man behind the name. The opening of the recorded exchange was thwarted by technology however the core of our conversation was captured.

OPENING
J. Aissa is a professional saxophonist, however, if you have listened to his debut album this may come as a surprise as the instrument is omitted. Despite his debut single being devoid of the instrument, we began by discussing the roots of his discovery of the Saxophone and his musical influences as a child.

He begins with ‘I listened to a lot of Bruce Springsteen. It was my mum actually’.

I have recently interviewed Swedish singer Amanda Fondell who also cited the Boss as a childhood influence. It makes a change from usual replies of Stevie Wonder and Aretha Franklin especially from soulful artists, yet perhaps not so unexpected in the land where rock and pop rule the airwaves. Despite broadcast radios often narrow field of genre choice, access to musical education in Sweden remains world-class and children across the country have an opportunity to learn an instrument at a young age.

‘And I heard Clarence Clement playing, and I don’t remember this part so you’ll have to ask my mum but I said ‘You know what I’m gonna be when I get old, I’m going to be a Saxophonist!’. When I was ten I started playing in after school lessons and then I started playing in orchestras, and after that, I attended music schools. I studied a lot of Jazz and stuff.’

Having access to instruments doesn’t make the journey from interest to profession an easy one and J expanded on his path.

‘Its been a lot of practice!’

The conversation continues, listen below.