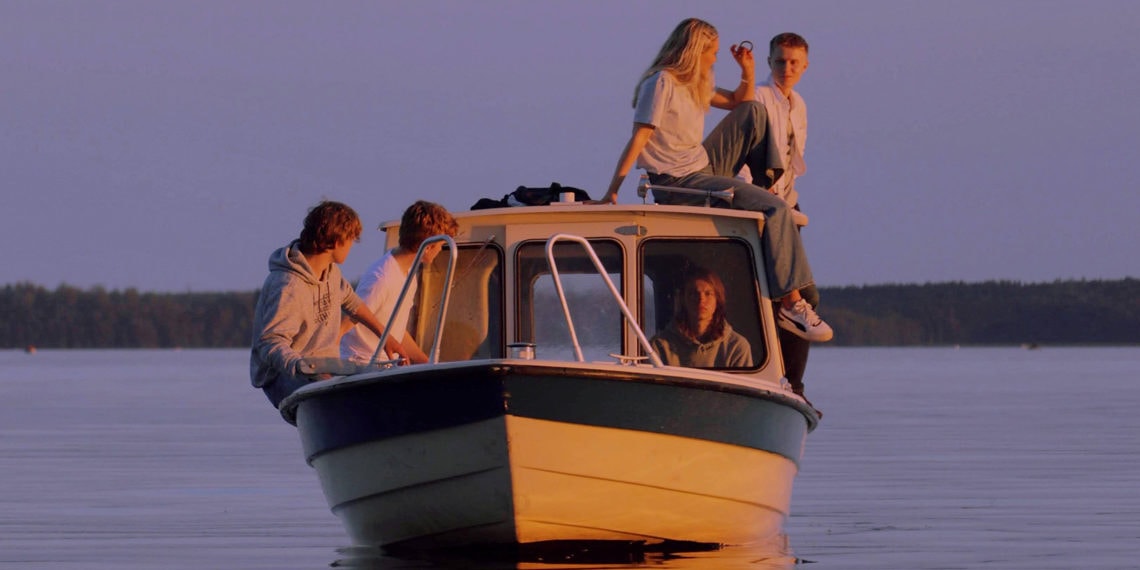 While the past decade has seen an explosion of solo artists, the adverse effect has meant a reduced number of bands. I must confess to having a particular soft spot for the visual and musical dynamics of a band. And from a Scandinavian soul perspective, the past several years have delighted with a steadily increasing number including Little Dragon, Fieh, White Ascot and D/troit.

Despite our best efforts to bring soulful music into Scandinavian radio mainstream, neo-soul remains a niche genre. However, it’s no less loved by its devoted listeners. The influences of the genre’s trailblazers such as Erykah Badu, Jill Scott and D’Angelo continues to filter through a bombardment of pop and rock to inquisitive, finely tuned ears.

So, much to my delight, neo-soul’s delicious mix of Gospel, R&B, Funk, Jazz and Hip Hop has found a new home in a group of 17 to 20-year old Swedes.

Based in Uppsala and Stockholm, Martinas Mixtape have played together since January 2020. Forming the collective is Martina Steffner on vocals, Edvin Widenfalk on guitar, Pontus Bornelind on piano, Joel Oscarsson Löwgren on bass and Karl Ljungholm on drums.

Martinas Mixtape write, produce and perform all of their music, and everything they’ve released so far has been recorded in their home studios. The pandemic is undoubtedly a strong reason for this.

Martina Steffner’s tender vocals lead you gently by the hand.

In September 2020 their debut EP Roses on the Moon. The EP is a dreamy affair from the heart-shaped ballad of the opening track Someone To, to the 6-track’s finale, a finger-tipped massage – Roses on the Moon. Between these is the groovy Same Way, the R&B slow jam Like You do, and a ’90s vibed Old School Love.

Martina Steffner’s tender vocals lead you gently by the hand. Her dynamics are hushed without exaggeration and highly pleasing. And while the overall production reveals a sense of youthfulness, the tight drum rhythms and overall musicianship are commendable. The keys, horns and vocals in Never Fade are sublime and recalls the vibes of Finnish band Quintessence.

With the Swedish audience in mind, their neo-soul soundscape is a refreshing alternative to the countries pop and rock music majority. Two months after its release, the EP ‘Roses on the Moon‘ had received around 40 000 streams and signals this band is on the right path.

It’s early days for Martinas Mixtape, and while I hope they take a few more musical risks, I strongly recommend following the delightful, soulful ripples this band are laying in their wake.